Latitude Festival has announced its headliners for 2021. See the rest of the line-up here and find out how to buy tickets.

Latitude Festival has confirmed its headliners and line up for 2021.

The event, which takes place on the picturesque grounds of Suffolk's Henham Park from 22nd-25th July, will see Wolf Alice, The Chemical Brothers, Bastille and Bombay Bicycle Club top the bill.

Tickets are on sale now at latitudefestival.com.

Ellie Rowsell and co will kick off proceedings, headlining the Obelisk Arena on the Friday night of the festival.

Electronic duo and dance music legends The Chemical Brothers will follow suit on the Saturday night of the festival.

The festival will be capped off by a very special performance by Bastille, who will bring their Reorchestrated project to the stage and Bombay Bicycle Club, who released their Everything Has Gone Wrong album in 2020.

READ MORE: Which festivals are taking place in 2021?

The legend that is Bill Bailey also becomes the first comedian to perform on the main stage in the coveted Sunday afternoon slot, where he'll bring his trademark blend of satire and surrealism, stories and dismantled jokes, crowd sing-alongs, weird instruments and musical showstoppers.

Wolf Alice said of the news: “8 years, several horrendous haircuts, three albums and we are back but this time we are headlining ;) What an honour".

Bastille’s Dan Smith said,“We’ve wanted to play and go to Latitude for such a long time, so we’re really excited to have the chance to be there after everyone’s year away from gigs. It’s our only British festival gig of the summer and we’re thrilled that it’ll be at Latitude in such brilliant company”.

Bill Bailey said: "I am beyond excited to be performing at Latitude 2021. This is a fantastic festival which I have loved for many years, and to get to perform on the main stage is a great thrill. It recalls, for me, indelible memories of headlining at Sonisphere in 2011 in front of 65,000 metal fans, so I say, bring it on!”

Tickets are on sale now at latitudefestival.com.

READ MORE: Which small and boutique festivals are going ahead in 2021? 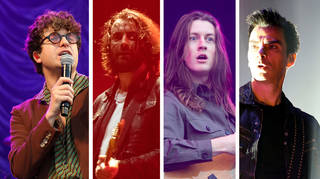