The Stockport five-piece and the synth pop outfit have been confirmed for the Cornish festival, which celebrates its 40th anniversary this year.

Boardmasters have announced more acts for 2020.

The Cornish festival - which takes place from 5-9 August this year - has added the likes of Blossoms and Hot Chip to its bill.

The Your Girlfriend band will be hitting the Boardmasters Main Stage on Friday 7 August, playing their No.1 album Foolish Loving Spaces.

READ MORE: Kings of Leon, The 1975 and Skepta to headline Boardmasters Festival 2020

Hot Chip will headline The Point on Saturday 8 August and play a very special DJ set on Sunday 9 August.

Also among the 40 plus acts added to the huge line-up are Maribou State, Kojey Radical and Easy Life.

The newly announced acts join Kings of Leon, 1975 and Skepta who will headline the festival.

Skepta will top the bill on the Friday night of the festival.

Kings of Leon will headline the main stage, as the sun sets across Watergate Bay on Saturday 8 August - playing a career-spanning setlist, which includes their most recent WALLS album.

Manchester four-piece The 1975 will celebrate their phenomenal success over the last few years, by closing the festival on Sunday 9 August.

🙌 Over 40 acts join your line up including @BlossomsBand, @Hot_Chip, @easylife, @mariboustate & @KojeyRadical - with headliners @kingsofleon, @Skepta, @the1975 & 100's more on the Cornish coast this summer!

Boardmasters, which will celebrate its 40th year, will also play host to acts from across the music world, including Sam Fender, The Kooks, Dizzee Rascal, Lianne La Havas, Little Simz and many more.

Boardmasters 2019: Ticket refund information and how to claim for cancelled festival 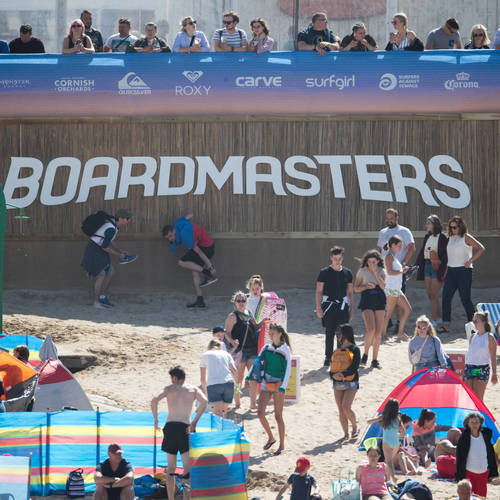