The Rolling Stones guitarist has revealed his wild past and his struggle with drug abuse in a new documentary called Somebody Up There Likes Me.

Ronnie Wood has revealed he used to take a Bunsen burner with him to parties to smoke cocaine.

The Rollings Stones and Small Faces legend appears in a new documentary about his life entitled, Somebody Up There Likes Me, which charts his rise to rock stardom as well as his battle with drug abuse.

As reported by the Daily Mail, speaking about smoking cocaine in the film, Wood said: "I felt that with the base, the ­freebase, it was controlling me. I had no control over it. It took me about three years to get off it.

"I enjoyed the shit out if it. Took it with me wherever I went. I thought it was the best thing going.

"I would take it to parties and go, ‘Everybody try this’, get [a] great big Bunsen burner out, the pipes, the works, freebase and ­everything. And people would be going, ‘You’re fucking crazy’ but I would love it.

READ MORE: Where Did The Rolling Stones Get Their Name From?

Somebody Up There Likes Me, which follows Wood's life story, celebrated its world premiere during the 63rd BFI London Film Festival at the BFI Southbank on Saturday (12 October).

Talking about his sobriety in the film, the Sympathy For The Devil rocker mused: "It’s very difficult because you go through a period of dry and you go, 'I’ve done it. I’ve cleaned up now. I can have just one'.

"And that is a big mistake because you can’t just have one. I probably like things too much, which is harmless for some things like music, but harmful in ways like dope and drink."

READ MORE: Where does The Rolling Stones' logo come from?

If this story has affected you or those around you, please seek help from the following: 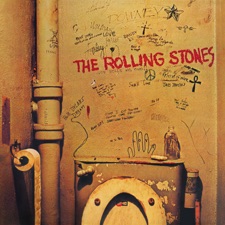 10 of the most famous tours in rock history