The Red Hot Chili Peppers drummer has shown support for his child's music career by taking to Instragram to share her first ever track.

READ MORE: The truth about Chad Smith and Will Ferrell

The laid back track at first listen couldn't be further from Red Hot Chili Peppers' style with its R&B influenced echoey vocals. However, there is a definite funky vibe to the track.

In fact, Chad Smith might want to look away now as Eva admits in her Instagram bio that she's a "sucker for a strong bass line". We're sure she can't get enough of a great drum beat either, though!

While this appears to be Ava's first release, she's clearly been a singer-songwriter for some time and lent her pipes to to a cover Carole King below:

Another video sees her demonstrate just how soulful her voice is with a cover of Madison Ryann Ward's Mirror.

Ava isn't the only daughter of a rock star to release new music recently, with Ozzy Osbourne's media shy daughter Aimee preparing to launch a debut album with her ARO band.

Listen to their Shared Something With The Night single here:

Aimée previously addressed her decision not to join the hit reality show as a teenager, telling US radio station Q104.3 New York: "To me, I’d grown up around having a pretty well-known dad anyway, and I always really valued my privacy within that family.

She added: "It definitely worked great for the rest of my family, but for me and who I am, I just knew it was something that I would have been able to consider realistically..."

When the interviewer remarked that it was quite an adult thought for someone who was 15 or 16, she mused: "Weirdly, I think I was more mature then than I am now. I've got a bit Benjamin Button in reverse or something. I get more ridiculous as I get older."

ARO's first studio album Vacare Adamare, which is Latin for to be free and loved, will be released on 30 October 2020. 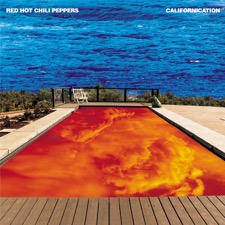