The Ultra Vivid Lament will be the band's 14th studio album and a new single, Orwellian, is available now.

Manic Street Preachers have announced details of a new album, single and UK tour for 2021.

The Ultra Vivid Lament will be the band's fourteenth studio album and is to be released on 3 September 2021. The songs were recorded during the winter in Wales at Rockfield studios in Monmouth and the band's own Door To The River studio in Newport with longtime collaborator Dave Eringa.

The first preview from the album is the new track Orwellian, which is available to stream now. The band say of the song: "The track is about the battle to claim meaning, the erasing of context within debate, the overriding sense of factional conflict driven by digital platforms leading to a perpetual state of culture war."

"As with many songs on the record, it was written on the piano by James Dean Bradfield. Musically, it echoes ABBA, the majesty of Alan Rankine’s playing in the Associates and Talk Talk’s It’s My Life with a Lindsey Buckingham guitar solo."

Orwellian is available to stream now from www.manicstreetpreachers.com.

The Manics have also announced a full UK tour for September and October 2021. Fans who pre-order The Ultra Vivid Lament from the official store can get early access to tickets, with a pre-sale starting on Wednesday 19 May at 10am.

Tickets go on general sale on Friday 21 May at 10am from www.manicstreetpreachers.com. 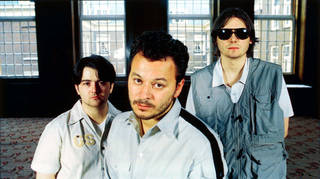