10 Of The Most Underrated Guitarists In Rock

We all know the famous guitar heroes: Hendrix, Page, Marr, Slash etc. But what about those who remain in the background, or don’t get enough credit?

Radio X has picked ten of the guitarists who don't get as much hoo-hah as some of the others. Are any of yours on here?

Those finely-tuned arpeggios are the hallmark of America’s answer to The Smiths, but Buck knew how to cook up a storm, too. Listen to him whale away on Finest Worksong here.

3. Robbie Krieger of The Doors

Often in the shadow of Jim Morrison’s frontman shenanigans and Ray Manzarek’s hypnotic keyboards, Robbie Krieger was a hugely inventive guitarist, ranging from blues to flamenco and beyond.

If there’s one thing the recent reformation of Oxford’s finest shoegaze band has proven, it’s that Andy Bell is the great “lost” guitar hero of the 90s. And he only played bass in Oasis! For shame.

Often eclipsed by Big Dave Grohl, Mr Shiflett is no slouch when it comes to guitar chops. Watch this for proof.

Barney kept it simple when it came to chords, leaving the melody to Peter Hook’s bass, but he could create a metallic wall of sound.

Always just falling on the right side of out-of-tune, Joey’s screeching solos have loosened many a tooth over the past 30 years.

For just three people, Green Day make a hell of a racket. From punk rock power chords to heavy metal soloing, Billie Joe has got it covered.

9. Mick Taylor of The Rolling Stones

Sandwiched between the late Brian Jones and the much-loved Ronnie Wood in the pantheon of Stones guitarists, Mick Taylor is one of Britain’s greatest bluesmen. Watch this incredible live performance from the doomed festival Altamont in 1969 - try and ignore the Hell’s Angel tripping on acid and concentrate on Mick and Keef’s duelling solos that kick in around the three-minute mark.

Yeah, Macca. He was “relegated” to bass in the Fab Four, but often stuck his head above the parapet with a superb solo. Have a listen to this if you don’t think he’s any good. 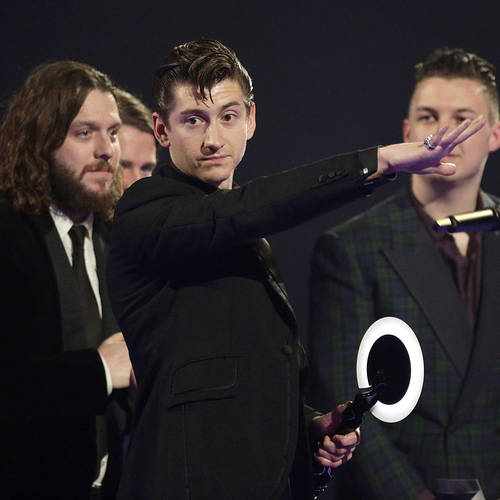 The biggest BRIT Awards winners of all time