The Chris Moyles Show saw Dom show off his best electrician-based jokes, but it's fair to say a few of them fell flat.

Dom's at it again, trying his hand at a different past time on The Chris Moyles Show.

This time around he's fancied himself as a bit of a comedian, and has shared his best electrician jokes.

Too bad they're absolutely shocking!

Stick to the day job Dom! 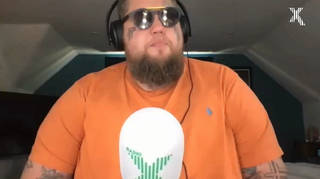 Rag'n'Bone Man talks touring and reveals what's on his rider