Factory Records was a music business phenomenon in the 1980s. Operating out of a house in the Manchester suburb of Didsbury, Anthony H Wilson and his collaborators Rob Gretton and Alan Erasmus forged a record label that spawned much of the great independent music of the 1980s: Joy Division, New Order, Happy Mondays, James… they all released work on Factory.

But the big question - and one posed by Steve Coogan as “God” in the 2002 Tony Wilson biopic 24 Hour Party People - was why didn’t Factory get involved with perhaps THE most influential Manchester band of the 1980s, The Smiths.

Morrissey and Johnny Marr’s old fashioned, 12-stringed guitar, Levis-jeaned, James Dean-adoring style seemed oddly out of fit with the 1982 musical landscape of synths, mullets and New Romantics. But Factory was its own master and did what it wanted. It seemed as though The Smiths would sign with Wilson.

“So much has been made of Factory apparently turning The Smiths down, but that’s a crock of shit,” Johnny Marr told NME in 2014. “The Smiths would have signed to Factory over my dead body… I didn’t want to be assimilated into the Factory aesthetic.

“If you were a musician in Manchester at that time, it was almost the law that you went on your hands and knees and begged Tony Wilson for his papal blessing to stick you in the studio, and I wasn’t about to do that.”

But Anthony H. Wilson remembers it differently. In 1980, a young Steven Morrissey invited Wilson round to his house.

Wilson recalled in an interview: “I sat rather uncomfortably late afternoon in this teenager’s bedroom, surrounded by posters of James Dean. He announced to me that he’d decided to become a pop star.

“From the very beginning he had the aura of genius, without any doubt at all, I presumed he would be a playwright or a novelist, he would be our great literary genius.

“I looked at this kid and I almost had to stop myself laughing. Although I was in love with his genius and I could see it in his eyes, there was no way on God’s earth this strange kid was ever, ever going to be a pop star. I almost laughed in his face, but I was very polite and I said ‘Oh Steven very interesting’.” 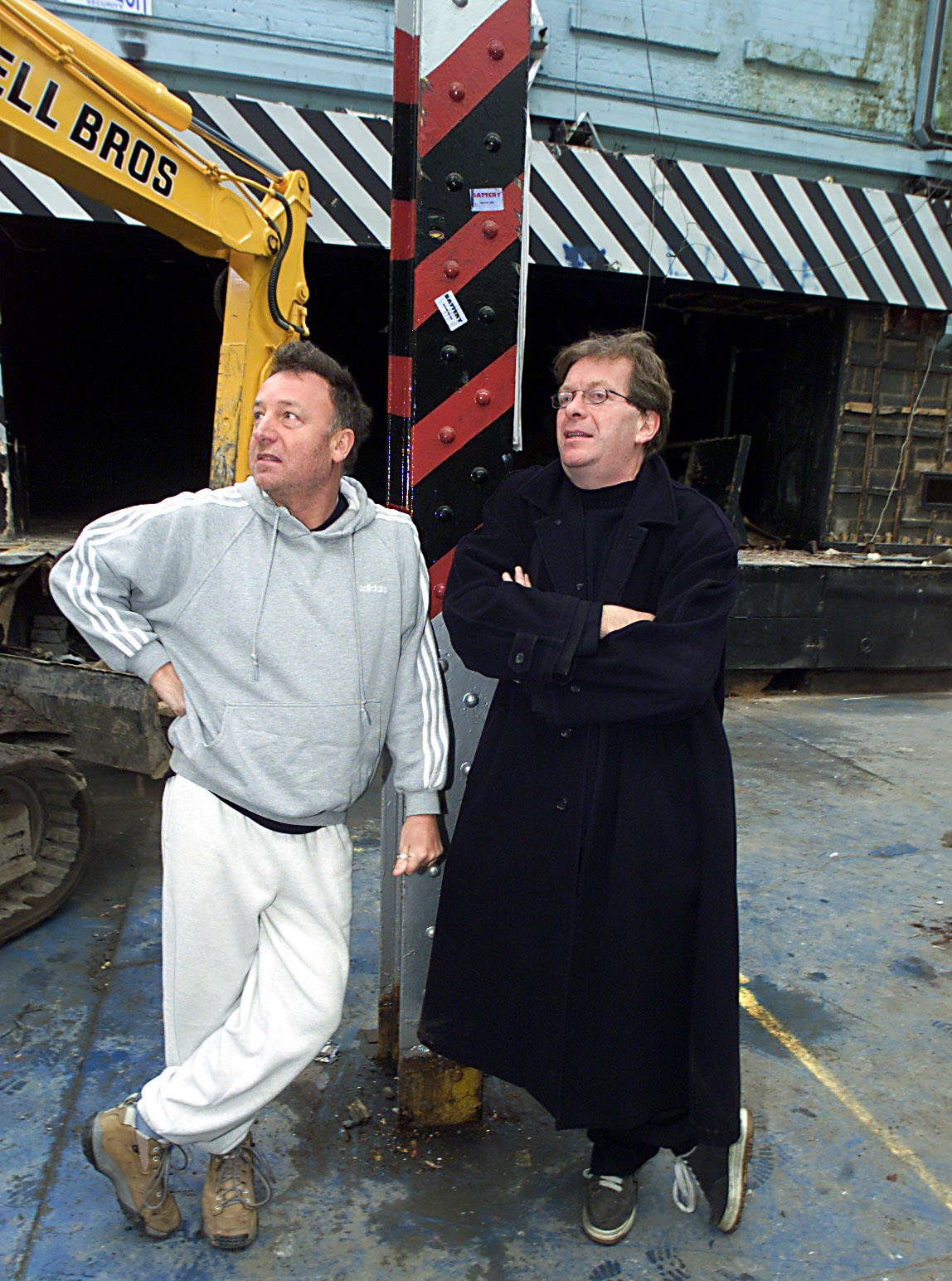 Some time later, Wilson was taken to see one of the first Smiths shows in Manchester and saw Morrissey in action. He said: ““I can’t believe how wrong I was.”

So why didn’t Wilson sign The Smiths to Factory?

That summer saw New Order release their classic single Temptation. It crept up to the lowly chart position of 29 in the UK. Wilson recalled: “Come 1982, we’d gone into a cold period. People in the record industry say you have to learn how to be cold, sometimes for two, three years. I’d never been cold before. I found it deeply, deeply disturbing.

“I was very depressed with my record label. I thought to myself, I am not going to saddle Steven and his wonderful band with a crap record label. It wasn’t until the following year with Blue Monday that Factory took off again.”

Wilson’s partner in the label Rob Gretton - who was also manager of New Order - was apparently telling everyone in Manchester that “The Smiths were the new Beatles”.

Tony recalled: “He told The Smiths, Your demo’s fucking shit, give us a good demo and we’ll sign you.

Instead, The Smiths signed to Rough Trade, run by Geoff Travis, and the backbone of the independent distribution scene in the UK. Wilson later thought that the success of The Smiths helped revive Rough Trade’s fortunes and therefore kept the whole indie scene afloat for the rest of the decade.

“It wouldn’t have happened if Morrissey didn’t sign to Rough Trade,” he mused.

The Smiths released their debut single on Rough Trade in May 1983. It was called Hand In Glove.