Get Tickets For The 1975's UK Arena Tour

The Love Me band are playing huge shows this December, including dates at London's O2 Arena.

The 1975 are set to play some of their biggest shows to-date, embarking on UK arena tour this December.

The Love Me four-piece have confirmed seven huge dates across Britain, including a homecoming gig at Manchester Arena and two dates at London's O2.

Talking to Radio X about the upcoming gigs, frontman Matt Healy teased they'd be playing songs they'd never played live before, with the help of a gospel choir.

See the full dates on The 1975's tour poster below: 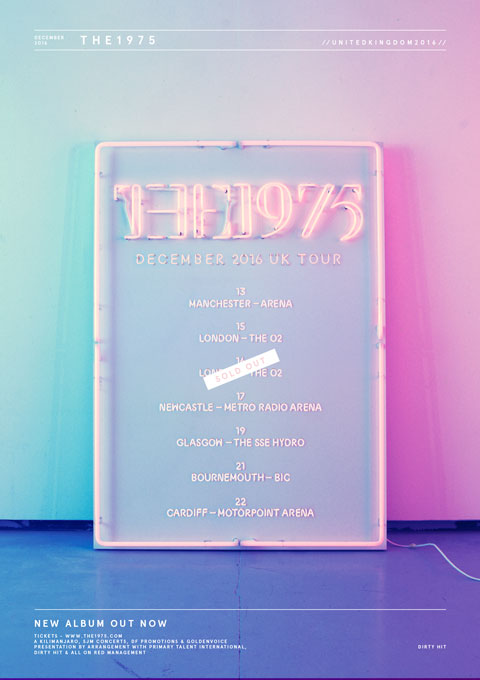 Watch the video for their Somebody Else single: