Kendal Calling Returns For 2016 With Noel Gallagher And More

Noel Gallagher,'s High Flying Birds, The Charlatans, Rudimental and Madness have been confirmed as headliners for Kendal Calling 2016.

The former Oasis man will be joining Tim Burgess and co to headline the festival, which takes place between 28 and 31 July.

Pete Doherty will play a solo headline slot on the Calling Out stage, alongside multi-Mercury-Prize nominee, Ghostpoet, who - along with Blossoms - completes the trio of headliners for the stage.

Mr Burgess's Tim Peaks Diner will again be in evidence and Tim says: "It's going to be an extra special four days!"

Also confirmed for the Lake District event are Radio X favourites Everything Everything, Catfish And The Bottlemen, Band Of Skulls, Ash, We Are Scientists, plus newcomers Pretty Vicious and Ratboy.

Seasoned rockers The Hives and The Darkness are also set for the four day festival at Lowther Deer Park in the Lake District.

Tickets are on sale now via the Radio X ticket store.

For more info on the festival, see http://www.kendalcalling.co.uk 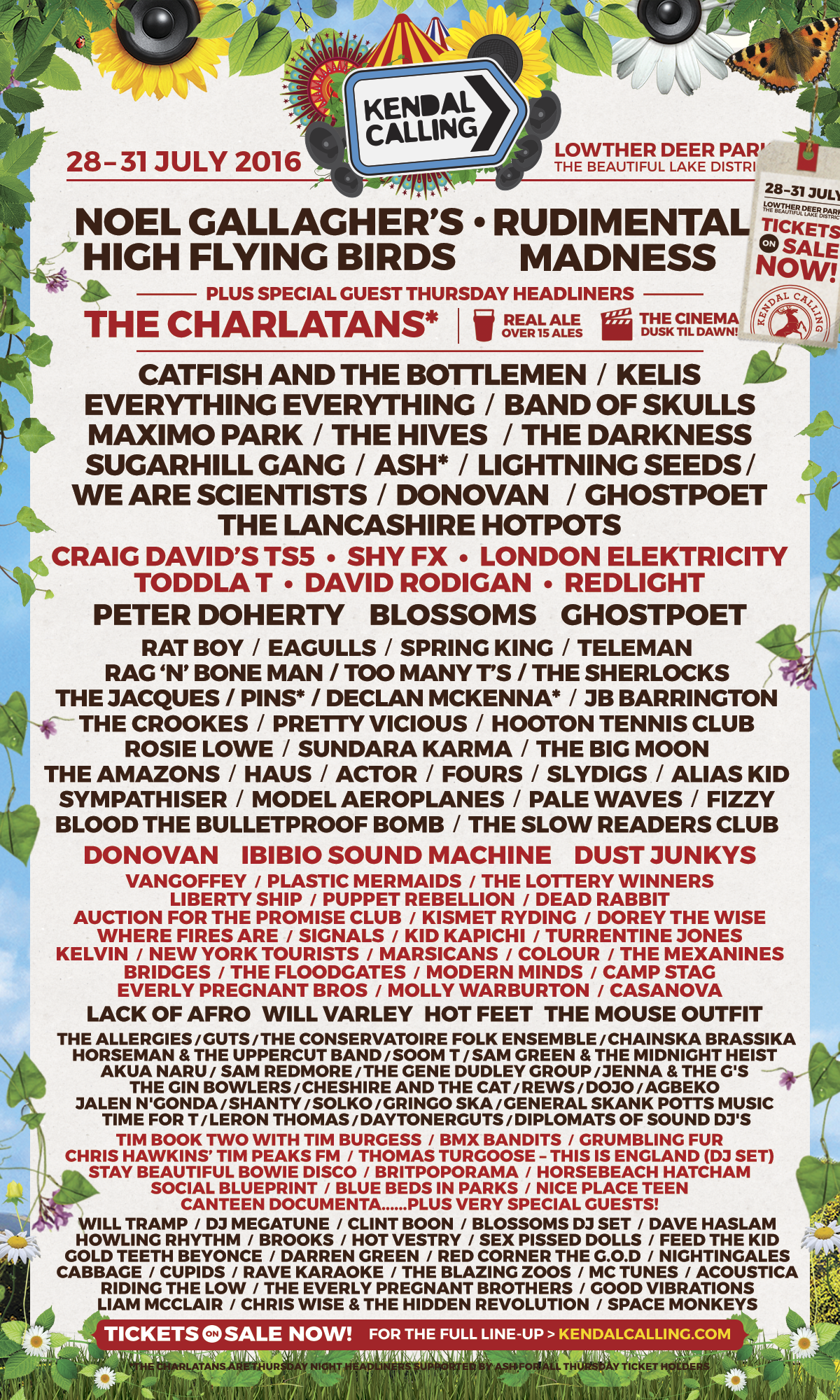