Circa Waves, Twin Atlantic And More For Neighbourhood Festival 2016

The event will take place in 10 venues across Manchester.

The first wave of acts have been announced for Neighbourhood Festival 2016.

The event - which takes place on 8 October in Manchester- will play host to Circa Waves, Twin Atlantic, Kate Nash and more.

Hosted in 10 venues across the city - including the Albert Hall, The Ritz, Gorilla, Deaf Institute, Sound Control, The Zoo, Dog Bowl and XOLO - the all-day event will also see performances from Lonely The Brave, All Tvvins and BabeHeaven - with more acts to be announced.

See their line-up poster below: 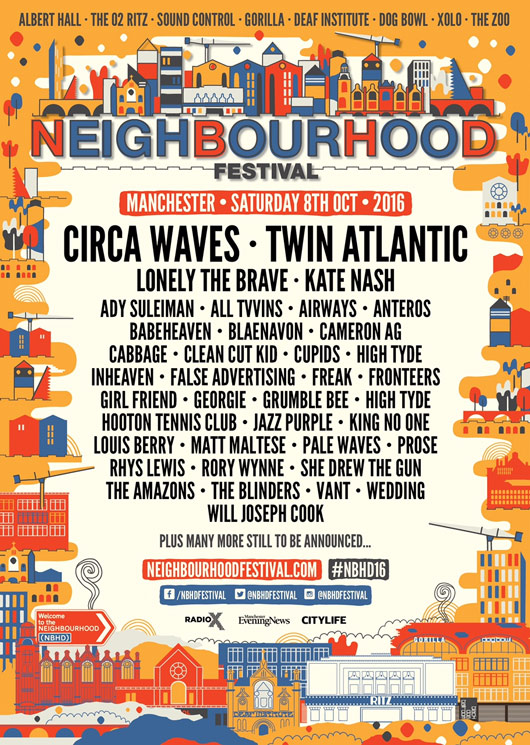