Dom played his made-up game at Stevie Wonder last weekend, and he managed to achieve his challenge with none other than the London Mayor.

The Superstition singer was joined by a host of artists, including Motown legend and Glastonbury Tea Time slot alumni Lionel Ritchie.

They were pretty chuffed to be watching The Commodores singer at the side of stage, but Dom was practically Dancing On The Ceiling to pull off his high five challenge with unsuspecting victim Sadiq Khan.

Find out what happened when we found the flossing kid from Liam Gallagher's Glastonbury set:

WATCH: Marcus Mumford shows Chris Moyles and the team round his home studio 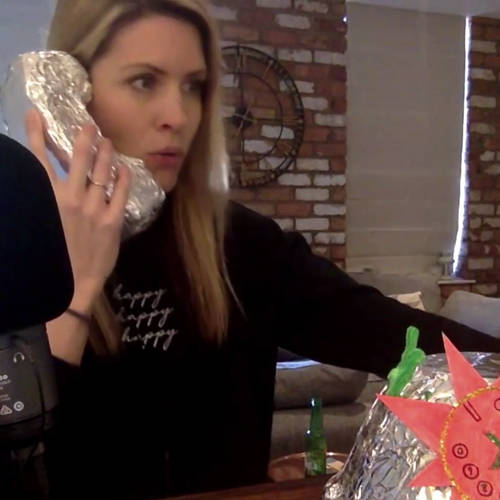 Dave Grohl: Hatred from Nirvana fans spurred me on with Foo Fighters

Five music podcasts you can listen to on Global Player