West Yorkshire: Neo-Nazi couple jailed after trying to make handgun with a 3D printer in their family home A neo-Nazi couple with four children who bought a 3D printer and tried to make a handgun in the family home have both been jailed after they were found guilty of firearms offences.

The children of Liam Hall, 31, and Stacey Salmon, 30, are understood to already be the subject of a care order.

The couple lived on a council estate in Keighley, West Yorkshire, with their children, where police found the weapon in the kitchen, along with chemicals in pans on the stove.

Using a 3D printer, Hall had "printed" plastic parts for the firearm, called the PG22 MkII, which could then be assembled together with metal components to create functional and lethal firearm.

Read more: 3D-printed guns are appearing on British streets - and the police are taking notice

In the kitchen was an electric hot plate with black powder residue which had been used to manufacture explosives, but the couple told the court they were making rockets for their children during lockdown.

They were aided in making the firearm by Hall's best friend, Daniel Wright, 30, who lived in the next street in Braithwaite, Keighley, and was a frequent visitor to the family home.

Wright had joined an encrypted chat room that put out far-right propaganda aimed at radicalising members, including children, and providing instructions on using weapons.

He was jailed for 12 years for manufacturing a firearm and possession of a stash of electronic publications, including terrorist manuals and books providing detailed instructions on killing and the manufacture of improvised explosives and firearms.

A fourth man, Samuel Whibley, 29, from Anglesey, North Wales, ran the chat room used by Wright and had researched the manufacture of another firearm, called a FGC-9, and posted links and a file online to enable others to manufacture the semi-automatic pistol-calibre carbine.

He was jailed for 10 years on eight counts of encouragement of terrorism and disseminating terrorist material.

Annabel Darlow QC had told Sheffield Crown Court that the four defendants were members of an "extreme fascist cell during the first four months of 2021."

She told the jury that the four members "embraced extreme right-wing propaganda and celebrated racist violence and killing."

Hall and Salmon were found guilty of possessing the printed weapon but acquitted of having it for terrorist purposes after telling the jury it was intended as a toy gun and did not work because the plastic was not strong enough.

However, Wright was also found guilty of one charge of disseminating terrorist publications and three charges of possessing terrorist information.

Whibley was found guilty of seven charges of dissemination and one of encouraging terrorism.

Police said the four individuals "came together in a private online chat group to share extreme right-wing views and propaganda, influence and indoctrinate others and endorse the use of violence to further their cause." 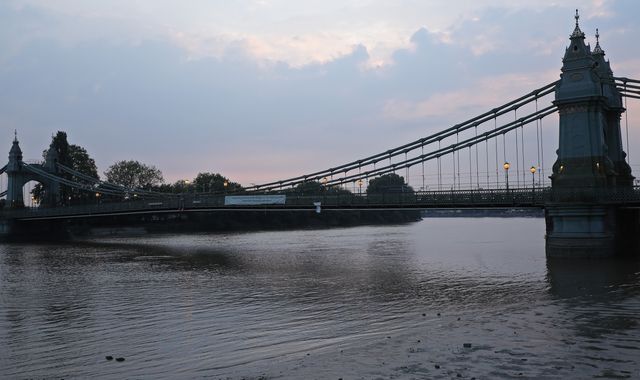