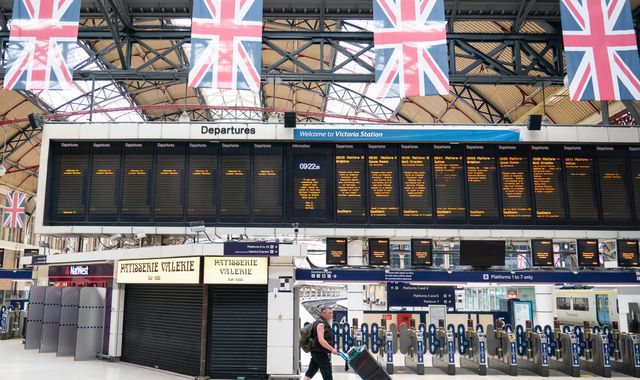 Rail passengers are facing a fresh wave of disruption as train drivers from several companies have announced another strike over a long-running dispute about pay and working conditions.

The 24-hour walkout on Saturday 13 August will coincide with a busy weekend of football, with Premier League games in Manchester, London, Birmingham and Brighton likely to be affected.

Timetables are due to be published on 9 August, but passengers are being advised to follow the latest travel advice, check before they set off and allow extra time for their journey.

While companies not involved in the strike will continue running trains, these are expected to be busier than normal.

The industrial action will also affect services running on the morning of Sunday 14 August, with those planning to travel told to consider starting their journey later in the day.

There have been several strikes held so far this year, with unions calling for a pay increase due to the rising cost of living and raising concerns around job security and working conditions.

In recent weeks, extensive talks have been held over the issues, but the dispute remains unsolved.

'We must modernise and adapt'

Chairman of the Rail Delivery Group, Steve Montgomery, said: "We're really disappointed that the Aslef leadership has, for the second time in as many weeks, decided to impose yet more uncertainty for passengers and businesses by disrupting passengers' weekend plans.

"Like any service or business, things do not just stand still, and we must move with the times. We want to give our people a pay rise, as we know everyone is feeling the pinch due to the cost of living rises."

He added that further strikes will see people "out of pocket" and urged leaders of Aslef to come forward and reach a deal that is "fair to staff and taxpayers".

"I will reiterate what I've previously said - I am ready and willing to talk to the leadership of Aslef today, tomorrow or indeed any time next week," Mr Montgomery said.

"They should call off next week's action and talk to us instead. What our passengers and our staff expect is for us to talk and work out a way through this."

Can people get a refund?

Passengers with advance, off-peak or anytime tickets affected by the strike can use their ticket either on the day before the date it was intended to be used, or up until 16 August.

They can also change their tickets to travel on an alternate date.

If their train is cancelled or rescheduled, they are able to get a refund.

Read more:
What you need to know as rail strikes continue
Labour leader has 'not lost control of his MPs'

Are there any more strikes planned?

Two further days of strikes have already been announced, with members of the RMT at Network Rail and 14 train operators planning to walk out on 18 and 20 August.

The Transport Salaried Staffs' Association (TSSA) has also agreed to strike at seven train operating companies on the same days.

London Underground workers are also set to strike on 19 August.

Majority of babies born in England and Wales in 2021 were out of wedlock, new statistics reveal