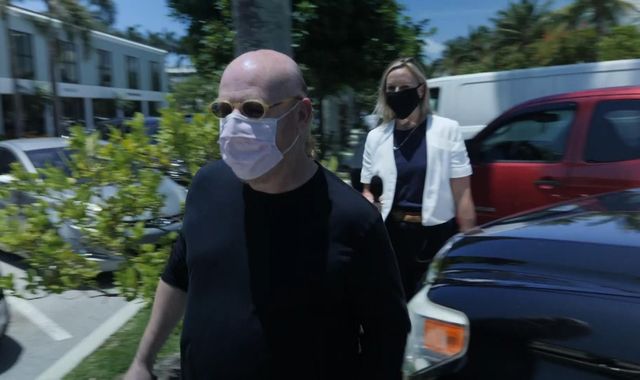 A member of the American family that owns Manchester United has refused to apologise to fans over the disastrous attempt to form a breakaway European Super League.

I caught up with Avram Glazer in Florida and offered him the chance to address supporters' concerns, saying: "This an opportunity for you - an apology perhaps?"

I asked him if it was time for his family to sell the club, and if he had anything to say to supporters.

But, after buying some groceries, Mr Glazer, in sunglasses, refused to engage and drove off without saying anything.

There has been growing anger among already disgruntled supporters since Manchester United joined 11 other clubs in signing up for a European Super League last month.

Such was the ferocity of the backlash that it collapsed within 48 hours.

There has always been opposition to the Glazer family's ownership of Manchester United since they bought the club 16 years ago, but the relationship now feels toxic.

One of the biggest criticisms of the Glazers is that they are largely regarded as absentee American owners who only care about money, have no understanding of the passion and heritage of English football, and no understanding that supporters are the lifeblood of the club.

The Manchester United Supporters Trust has written an open letter to Joel Glazer, asking for dialogue and demanding a response by Friday.

They say no member of the family has "ever had so much as a conversation" with them and frustration reached "boiling point" on Sunday.

The billionaire enclave of Palm Beach feels a world away from Manchester.

Avram Glazer appears to lead a rather private and reclusive lifestyle but fans are now demanding engagement with their billionaire owners.

Asked about Mr Glazer's refusal to answer questions from Sky News, Labour leader Sir Keir Starmer said on Wednesday: "I think I speak for all football fans when I say that all football fans are sick and tired of disinterested owners whose only focus is on money and not on the game of football.

"This is further evidence that we need that fans-based review that we've been asking for for 10 years,
"Because this disinterest in the views of fans by owners is something that is felt very, very deeply by football fans."

Sir Keir, on a campaigning visit to Pontefract, West Yorkshire, ahead of Thursday's local elections, also addressed the weekend's protests at Old Trafford.

"Football fans are angry and I completely understand the anger, particularly at the breakaway proposal but also at the broader sense that money, money, money is the only focus in football and not the game itself," added the Labour leader, who is an Arsenal fan.

"That having been said, feeling angry and wanting to protest does not justify criminal behaviour.

"Everybody can protest, everybody can make their views heard but they don't and they shouldn't break the law to do it."

COVID-19: Calls for Monday's lockdown easing to be delayed, as SAGE warns variant could pressure hospitals 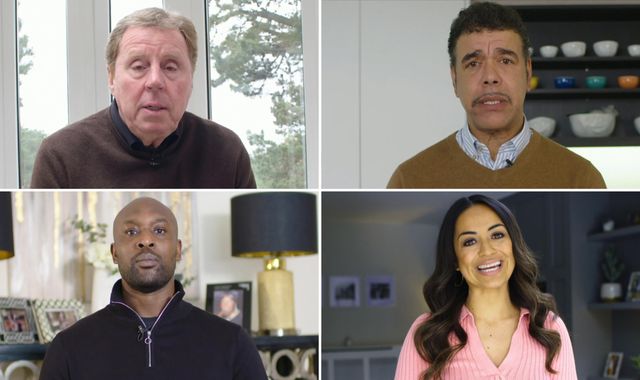