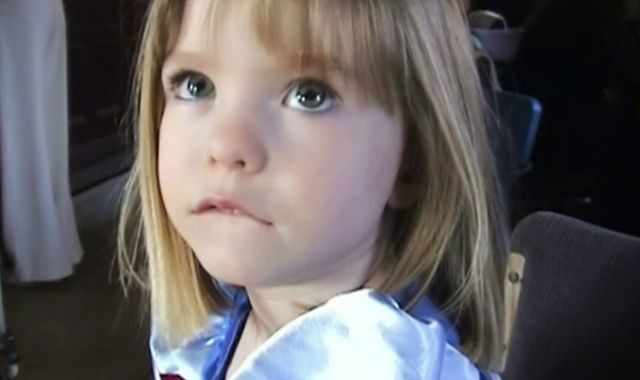 The parents of Madeleine McCann have said they "hang on to the hope" of seeing their daughter again in a poignant message ahead of her 18th birthday.

Kate and Gerry McCann said the COVID pandemic had made this year "even more difficult for many reasons" and the investigation to find Madeleine and her abductor is ongoing.

Madeleine was nearly four when she went missing from her family's holiday apartment in Praia da Luz, on Portugal's Algarve, on 3 May 2007.

In a statement posted on the Find Madeleine website, the McCanns said "we need to know what has happened to our lovely daughter" as they prepare to mark her 18th birthday on 12 May.

"Every May is tough - a reminder of years passed, of years together lost, or stolen," the couple from Rothley, Leicestershire, said.

"This year it is particularly poignant as we should be celebrating Madeleine's 18th birthday. Enough said.

"The COVID pandemic has made this year even more difficult for many reasons but thankfully the investigation to find Madeleine and her abductor has continued.

"We hang on to the hope, however small, that we will see Madeleine again.

"As we have said repeatedly, we need to know what has happened to our lovely daughter, no matter what. We are very grateful to the police for their continued efforts.

"We still receive so many positive words and good wishes despite the years that have gone by. It all helps and for that we are truly grateful - thank you."

A German man known as Christian B, due to the country's strict privacy laws, was identified last year as a suspect in Madeleine's disappearance.

He was convicted in 2019 of the rape of a 72-year-old woman in Portugal in 2005 at the same seaside town where Madeleine went missing.

His appeal against the rape conviction was thrown out of court in November.

Even though Christian B is a suspect in the McCann case, prosecutors have said they do not have enough evidence to hold him on that case alone.

Scotland Yard confirmed in December it has no plans to end its missing person investigation into Madeleine's disappearance, despite the belief of German prosecutors that she was murdered.

The McCanns issued a statement in June strongly denying reports they have received a letter from German authorities stating that Madeleine is dead.

The couple said the "unsubstantiated stories" had "caused unnecessary anxiety to friends and family and once again disrupted our lives".

(c) Sky News 2021: Madeleine McCann's parents 'hang on to hope' of seeing her again in poignant message ahead of 18th birthday

COVID-19: Calls for Monday's lockdown easing to be delayed, as SAGE warns variant could pressure hospitals