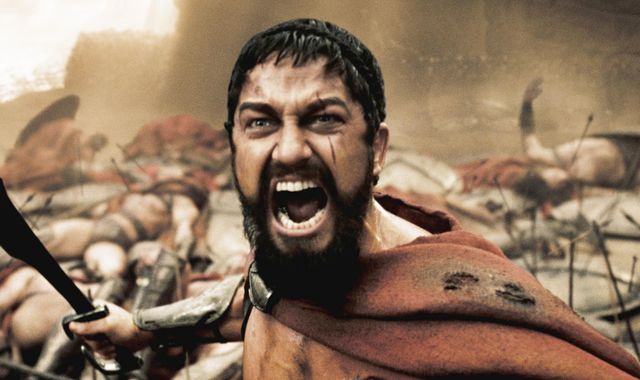 In a case of life imitating art, Gerard Butler, the star of ancient Greek epic 300, is to carry Sparta's Olympic torch ahead of this summer's Tokyo games.

Sparta's mayor says the Hollywood A-lister, who played warrior king Leonidas in the 2006 movie based on The Battle Of Thermopylae in 480BC, will return to the city.

The film depicts the heroic rear-guard action by 300 Spartans and other forces to repel the attempted invasion of Greece by a much larger Persian force.

The Scot, 50, will be in Sparta on 14 March to run as a torchbearer for the 2020 Tokyo Olympic Games, and will also be in the city for the 2,500th anniversary of the battle, Sparta mayor Petros Doukas told state-run broadcaster ERT.

The movie is based on the 1998 comic series of the same name by Frank Miller and Lynn Varley, which presents a fictionalised retelling of the battle, for entertainment purposes, while retaining many of the historical facts.

Mr Doukas said that Butler will be a guest of honour in the festivities.

The Hollywood star will forever be associated with the battle cry "This is Sparta!" which has become one of the more iconic lines in film history.

Butler has appeared in numerous movies such as Olympus Has Fallen, P.S. I Love You and Law Abiding Citizen but he recently told Greek Reporter that 300 was the "most intense and enjoyable movie" he ever made.