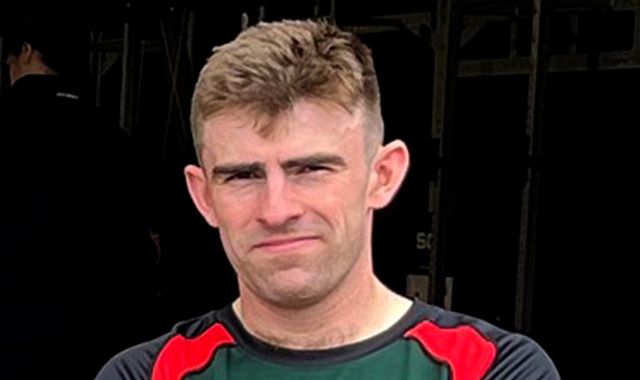 A British soldier who died after being hit by a tank during a routine training exercise on Salisbury Plain has been named as "keen and energetic" Second Lieutenant Max George.

An investigation has been launched into the platoon commander's death - the second such incident in less than a year.

2Lt George, 26, suffered significant head injuries after being struck by a Warrior armoured fighting vehicle on Tuesday and died at the scene, police say.

A member of 5th Battalion The Rifles, he was described as "humble and grounded" with an "effortless leadership quality" that marked him out in his unit, the Ministry of Defence (MoD) said on Thursday.

His commanding officer, Lieutenant Colonel Jim Hadfield, said: "Max was a star that burned bright. Effortlessly impressive, he was a natural commander, who exuded fierce determination matched by selfless compassion. We loved him for it.

"He stood out, and still stands out; we are so much poorer for his loss. My thoughts and prayers are with his family and friends."

Emergency services were called at 10.45am on Tuesday to a report that a man had been involved in a collision with a Warrior armoured fighting vehicle.

An investigation into what happened is being carried out by Wiltshire Police, alongside the Army and the Health and Safety Executive.

The tragedy comes less than a year after the death of another soldier during a training exercise on Salisbury Plain.

A 23-year-old soldier was killed in October last year after a tank reportedly rolled over.

During his time in the reserves, 2Lt George led teams on Cambrian Patrol, adventurous training and a military skills competition in Estonia.

He was commissioned into 5th Battalion in December 2021 and had a bright future ahead of him, including an imminent overseas deployment to Canada, the MoD said.

Defence Secretary Ben Wallace said: "The passing of 2Lt George is an especially poignant reminder, as we mark Armed Forces Week, that our service personnel are always in harm's way working to keep us safe. We are forever grateful.

"Max exemplified all the qualities the Army stands for and, as the testimonies show, we have lost a bright and talented young man who will be sorely missed. My thoughts are with his family, his friends, and his regiment during this difficult time."

Propelled by tracks and weighing more than 25 tonnes each, Warrior vehicles have been in service in the British Army since 1987.

More than 1,000 have been built in a number of variants and the armoured vehicles have been used in operations during the Gulf War, United Nations duties in Bosnia, the Iraq War and in Afghanistan.