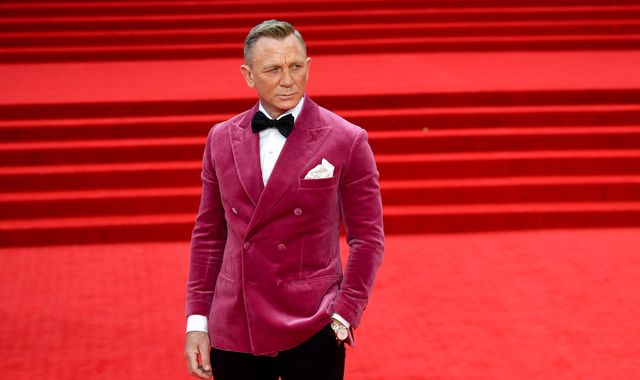 The new James Bond film, No Time to Die, is set to break a pandemic box office record and gross an estimated $119.1m (£87.9m) internationally.

According to NBC Universal, No Time To Die - Daniel Craig's last outing as James Bond - is set to be the first title from a big studio to be released during the pandemic to gross over $100m without China.

It's been a strong box office start for the latest 007 film, which hit cinemas last Thursday, giving a much-needed boost for an industry hit hard by the COVID-19 pandemic.

The film is expected to bring in as much as Skyfall but 17% less than Spectre, the previous two releases.

It was the highest single day gross since the release of Avengers: Endgame in April 2019.

Speaking to Sky News ahead of the release of his final turn as the secret agent, Craig said it was a "joyous thing" to see the film finally coming to cinemas.

"It would have been sad [to see it on a streaming service], and we got here and we're going to actually get into the cinemas," he said.

It comes after delays caused not only by the pandemic, but by the departure of original director Danny Boyle, too, plus Craig getting injured on set.