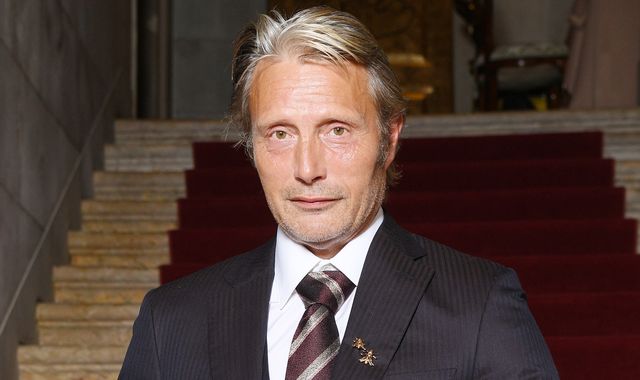 Danish actor Mads Mikkelsen could be the new Gellert Grindelwald in Fantastic Beasts 3, according to US reports.

Johnny Depp was forced to quit the role after losing his high-profile High Court libel trial against The Sun newspaper earlier this month.

American entertainment industry websites including Variety and Deadline Hollywood say Mikkelsen is now in early talks to take on the role of the dark wizard, and the favourite to bag the part.

Depp had only shot one scene in the film so far according to Variety, meaning re-shoots would be minimal.

Grindelwald was played by Depp in the first and second films in the series and he had been due to reprise the role in the third Harry Potter spin-off.

Indeed, it was Depp's involvement in the franchise that was the catalyst for the entire civil case after he sued News Group Newspapers Ltd (NGN) over a column which questioned JK Rowling's judgement in casting Depp in a major role and the article labelled him a "wife beater".

But after a three-week trial in central London, Judge Justice Nicol ruled that the tabloid's report on allegations that he was violent towards ex-wife Amber Heard was "substantially true".

Following the decision, the 57-year-old star revealed that he "was asked to resign by Warner Bros" and that he had "respected that and agreed to that request".

Calling the judge's ruling "surreal" on social media, Depp said it "will not change my fight to tell the truth" and that "my life and career will not be defined by this moment in time".

Depp says he is planning to appeal the judgment.

In an earlier statement, Warner Bros thanked Depp "for his work on the films to date" and confirmed that the third movie will be released worldwide in the summer of 2022.

The film had originally been due to come to cinemas in November 2021, but the COVID-19 pandemic followed by uncertainty over Depp's trial led to delays.

Filming is now under way in the UK, with Eddie Redmayne starring once again as Newt Scamander, Jude Law playing a young Albus Dumbledore and Harry Potter author JK Rowling co-writing the script.

The movie - which will be set in Rio de Janeiro in Brazil - is directed by David Yates, who oversaw four Harry Potter movies and the first two Fantastic Beasts releases.

The best John Lewis Christmas TV ads… and the worst

Listen to Liam Gallagher's festive All You're Dreaming Of single