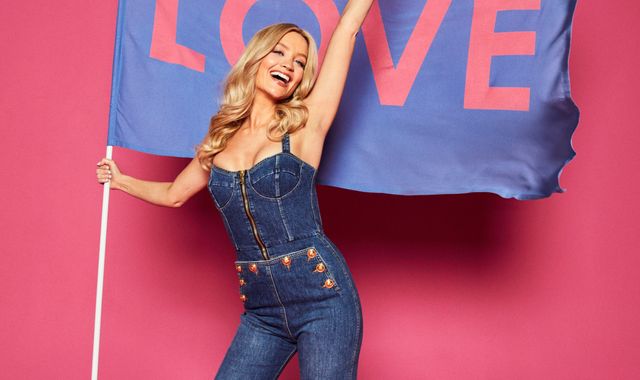 The Love Island villa: a luxurious Mallorca mansion with a dazzling swimming pool, sun-soaked terrace and more cosy spots to be pulled for a chat than you can shake a monogrammed water bottle at.

There's only one issue (besides sharing a bedroom with 13 other wannabe Instagram stars): the smell, according to show presenter Laura Whitmore.

It is what it is, as they say.

"It smells so bad," she told Alan Carr's 'Life's a Beach' podcast after being asked if the villa was "grotty".

"If you think about it that amount of people - like about 40 or 50 islanders go through it throughout the whole summer - it starts off at about 10 or 12 or whatever and then more keep going in...

She compared the scent to using Lynx Africa deodorant - favourite among teenage boys and star of so many Christmas gift boxes - to cover up questionable odours.

Irish presenter Whitmore, 37, has fronted Love Island since January 2020 after the death of Caroline Flack.

She said she it "feels like it's summer" once the show starts and says she loves watching it on TV as a fan.

Speaking to Carr on the podcast, she also discussed how the islanders are conscious of the cameras when they first enter the villa.

"The next time I go in - how quick they forget," she tells him.

She was also asked about the show's infamous night-time moments where islanders are shown asleep (or not) in their beds.

She quipped: "I do love the duvet movements - ooh what's going on there?"