The comedy series with Matt Lucas and David Walliams has been pulled from the streaming services because of concerns over blackface in the sketches.

Little Britain, starring Matt Lucas and David Walliams, has been removed from the BBC iPlayer and Netflix, along with the new BritBox service in light of the Black Lives Matter protests.

The comedy series features some episodes which sees the actors performing in blackface, prompting the BBC to remove the show entirely from its online catalogue.

Characters such as Desiree DeVere saw Walliams using black make-up to play the character, while Lucas played characters such as Pastor Jesse King in blackface. The Black Lives Matter protests sparked by the death of George Floyd in the US last month have prompted debate over blackface in modern programming.

BritBox, the streaming service from ITV and the BBC, will no longer stream the show, along with Walliams and Lucas' other programme Come Fly With Me, a reality TV parody of airlines.

Lucas has previously admitted he was ashamed of some of his previous sketches, including those which included blackface.

He said in 2017: "If I could go back and do Little Britain again, I wouldn't make those jokes about transvestites. I wouldn't play black characters.

"Basically, I wouldn't make that show now. It would upset people. We made a more cruel kind of comedy than I'd do now."

He went on: "Society has moved on a lot since then and my own views have evolved. There was no bad intent there - the only thing you could accuse us of was greed. We just wanted to show off about what a diverse bunch of people we could play."

Little Britain started as a BBC radio series in 2000, before transferring to television on BBC Three in 2003.

Last week, comedian Leigh Francis made a public apology for appearing in his Channel Four comedy series Bo' Selecta as black celebrities Mel B and Craig David. He said "I've been talking to some people and I didn't realise how offensive it was back then.

"I just wanna apologise and, you know, say sorry for any upset I caused, whether I was Michael Jackson, Craig David, Trisha Goddard - all people I'm a big fan of." 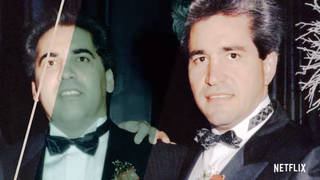 Netflix's Cocaine Cowboys: The Kings of Miami - What happened to Augusto Falcon and Salvador Magluta? 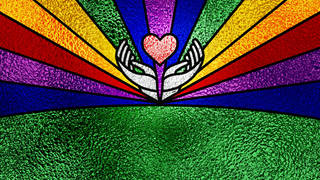 Pray Away: The harrowing true story of the "ex-gay" community in the film 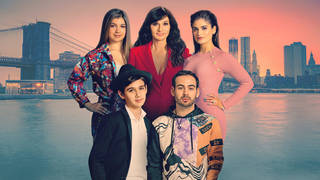