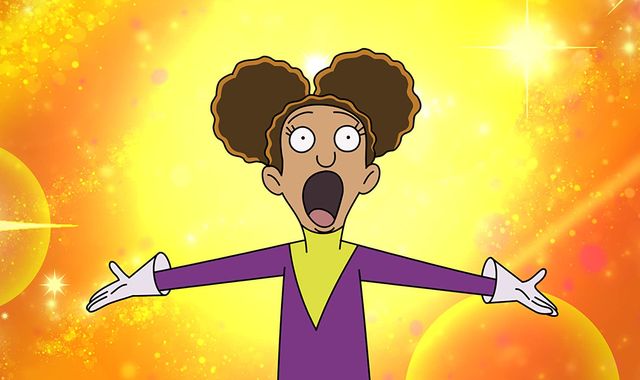 Kristen Bell says she will no longer voice the role of mixed-race character Molly Tillerman in the animated series Central Park.

The 39-year-old Frozen star made the announcement on social media, sharing a message from the production team with her 14.4 million Instagram followers.

In a message written alongside the group statement, Bell said now was "a time to acknowledge our acts of complicity".

She went on: "Playing the character of Molly on Central Park shows a lack of awareness of my pervasive privilege.

"Casting a mixed-race character with a white actress undermines the specificity of the mixed race and Black American experience. It was wrong and we, on the Central Park team, are pledging to make it right."

A black or mixed-race actress will now replace Bell in the role.

Bell said she was "happy" to step down and pass the part on to "someone who can give a much more accurate portrayal".

While acknowledging The Good Place actress's talent, and early involvement with the show, the team statement said the re-casting was "an opportunity to get representation right".

It also apologised for any contribution it may have made "to anyone's feeling of exclusion or erasure".

Central Park is a musical comedy, portraying a family fighting to save their home in the urban park in Manhattan, New York.

Bouchard had previously defended the decision to cast Bell in the role, saying despite the character having a black father and white mother, he couldn't imagine any other actress playing the part.

The team a have now pledged to do more to "create opportunities for people of colour and Black people in all roles, and on all projects." It says that promise will cover acting, writing, production and post-production positions.

The statement concluded: "Our shop and our show will be better for respecting the nuances and complexity around the issue of representation and trying to get it right."

In an almost identical step-down, actress and comedian Jenny Slate said she would no longer play the mixed-race character Missy Foreman-Greenwald in animated comedy Big Mouth, saying it should be voiced by a Black actor.

Slate highlighted her winning of the Netflix role as "flawed" and said it was "an example of white privilege and unjust allowances made within a system of societal white supremacy".

UK shows which have been recently removed from streaming platforms due to the use of blackface and perceived racial insensitivity include Fawlty Towers, Little Britain and Bo Selecta.