Dennis Waterman, star of Minder and The Sweeney, has died at the age of 74 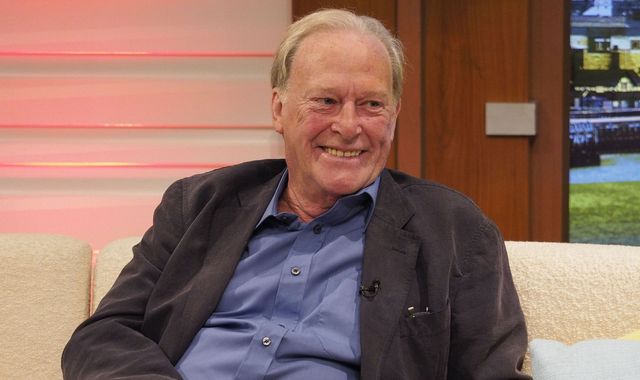 Dennis Waterman, the veteran actor known for shows such as Minder and The Sweeney, has died.

A statement from his agent said: "We are deeply saddened to announce that our beloved Dennis, passed away very peacefully at his home in Spain."

"The family kindly ask that our privacy is respected at this very difficult time," they said, adding he died on Sunday afternoon with wife Pam by his side."

He starred as Terry McCann in Minder from the late 70s, running around the criminal underworld of west London for seven series.

Not only did he star in the show, he also performed the theme tune I Could Be So Good For You - which became a hit in the UK and Australia.

He also appeared in shows such as The Sweeney as George Carter in the 70s, and later as Gerry Standing in New Tricks.

Waterman wrapped his final project in 2020, filming Never Too Late in Australia - a drama comedy.

The actor was also the target of a caricature on the BBC series Little Britain, where David Walliams would play his as a comically-small man, who would "write the theme tune and sing the theme tune" for his new job offers - just as he had done with Minder and other shows.

'He made me the best cups of tea'

Matt Lucas, one half of Little Britain, was among the first to leave tributes to Waterman, tweeting: "I grew up watching Dennis Waterman's iconic performances in The Sweeney and Minder.

"His guest appearance in our Little Britain Live show at Hammersmith Apollo - in which he hilariously duetted with David's absurd impersonation of him - remains the absolute highlight of my career."

League Of Gentleman actor Reece Shearsmith said: "RIP Dennis Waterman. When I worked with him on 'New Tricks' he made me the best cups of tea. And of course I just spent the time grilling him about 'Scars of Dracula'."

Judy Buxton, who he acted with, tweeted: "Shocked and saddened to hear of the passing of Dennis Waterman. Loved working with him in 'On The Up' over the three series we did. Such happy memories. Can't believe he's left us so soon."

Waterman was born in London in 1948 and began his acting career on the stage, getting his start at the Royal Shakespeare Company in Stratford at the age of 12.

He later spent a year on the West End in The Music Man, before heading to Tinsel Town to appear in Fair Exchange.

But it was The Sweeney which made Waterman a household name, co-starring with John Thaw for nearly four years, later going on to make two films based on the show.

He spent much of his career in front of the camera or treading the boards, starring in dozens of plays, shows and movies, mostly in the UK and Australia.

He is survived by his wife Pam Flint, and his two children.