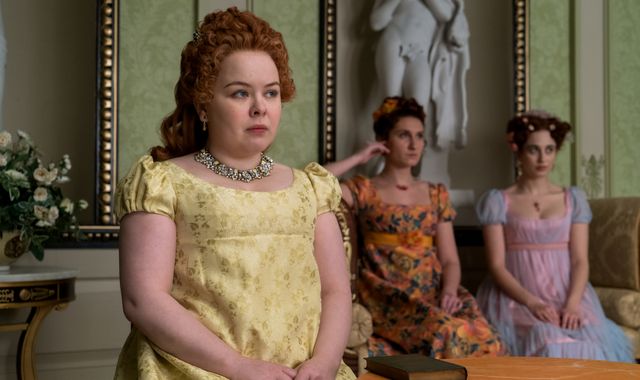 Despite the lifting of restrictions in England, a number of film, TV and theatre productions have been put on hold due to positive COVID tests.

The filming of the second season of Netflix show Bridgerton has been hit for the second time in just over a week due to members of the team testing positive for coronavirus, with the latest case putting the production on hold, the streaming giant confirmed to Sky News.

Netflix has not revealed whether it was a cast or crew member that contracted the virus, but the individual was said to be isolating as per the guidelines. The broadcaster says its proactive testing programme

Filming for the Netflix film version of Matilda The Musical has also been partially-halted, Netflix has confirmed, with someone in one of the production units reportedly contracting the virus.

As well as Bridgerton and Matilda, Deadline also reports that HBO's Game Of Thrones spin-off House Of The Dragon has been shut down for a couple of days due to a positive COVID-19 test.

The show, starring the likes of Matt Smith and Olivia Cooke, will reportedly resume production again on Wednesday, with the person who tested positive, as well as their close contacts, isolating.

Its also proving a testing time for stage productions, with Andrew Lloyd Webber's new show Cinderella having to cancel performances at the weekend due to a COVID-19 case.

It came just days before the show's gala performance on Monday evening to coincide with the lifting of restrictions.

Lord Lloyd Webber had been a key proponent of getting theatres back open following the lifting of restrictions this week.

The West End production of Hairspray, starring Michael Ball, is still closed down at London's Coliseum theatre after an outbreak, with its first show back due to be 20 July.

In west London, a production of The Browning Version with Kenneth Branagh at Hammersmith's Riverside Studios has been shelved, after an "increasing number of COVID-enforced absences" during rehearsals.

A statement from the production company said: "Despite all company members observing strict COVID protocols, multiple company members have been robbed of more than two-thirds of the limited rehearsal time. Some isolating, some actually unwell.

"The first run-through was conducted with only four of the seven cast members able or allowed to perform. With a short run impossible to extend due to limited cast availability, delay is impractical. Therefore the very difficult decision to cancel has been made."

Riverside Studios also saw the cancellation of Mischief Movie Night In, an interactive improvised comedy that is live streamed throughout the world, after a member of the cast tested positive shortly before the show began on Sunday.

As of Monday, theatres and performance venues in England have been able to open without any legal restrictions - but many have chosen to keep masks and social distancing in their auditoriums.