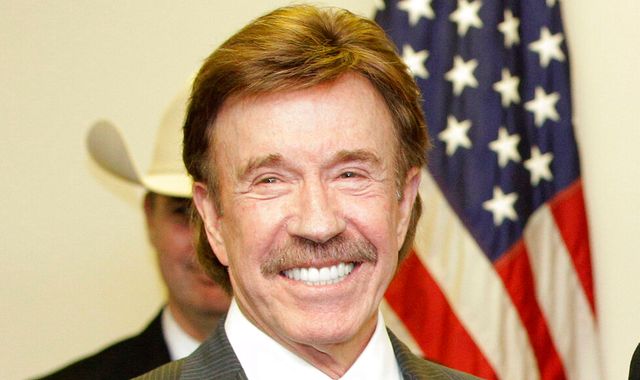 Hollywood star Chuck Norris has been forced to deny he was present at the riots in Washington DC last week after a photo of a lookalike was posted online.

The picture was uploaded to Twitter and showed a Donald Trump supporter next to a man with a likeness to the 80-year-old action hero.

It was captioned "Chuck Norris" and shared with the comment: "Wait, so are we not going to mention the fact that Chuck Norris was at the MAGA insurrection?"

After it was retweeted hundreds of thousands of times, Norris's manager issued a statement claiming he was thousands of miles away from the Capitol when violence broke out on 6 January.

"This is not Chuck Norris and is a wannabe lookalike although Chuck is much more handsome," he told NBC News.

"Chuck remains on his ranch in Texas, where he has been with his family."

Some social media users pointed out the man in the selfie has different colour eyes to the actor, but others were convinced it was him.

Five people died as a result of the violence that followed President Donald Trump's speech to his supporters in Washington last Wednesday.

In 2012, he accused then-president Barack Obama of seeking to create a "pro-gay" Boy Scouts in a row over LGBT inclusion.

He is best known for his nine-season run on CBS's Walker, Texas Ranger, but has appeared in dozens of films, including the 1972 Bruce Lee film The Way Of The Dragon.

He was more recently in the 2012 action film The Expendables 2 with Sylvester Stallone, Jet Li and Arnold Schwarzenegger.