Man Utd ranked 16th most economically powerful club in the world, according to Soccerex report 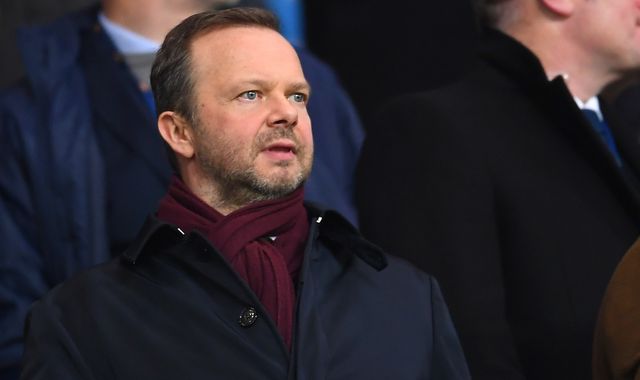 Manchester United are the 16th most financially powerful club in the world, according to the annual Soccerex Football Finance 100 report.

The global football networking company rates clubs a football finance index score, based on the value of the current squad, tangible assets, finance available in their accounts and potential owner investment and net debt.

The report is based on analysing balance sheets and annual reports from 2017/18, the last globally compete financial year available, and ranks the top 100 clubs in the world for economic power.

Paris Saint-Germain overtook Manchester City in top spot after reducing their debt by £58.2m, while City's debt levels had increased by around £74.8m over the same year.

Bayern Munich claim third place, with Tottenham ahead of Real Madrid in fourth and Arsenal, Chelsea and Liverpool sitting sixth, seventh and eighth in the standings respectively.

Manchester United dropped out of the top 10 into 16th position, falling eight places from last year in the report published on Thursday.

"The club continue to successfully leverage their global brand to generate significant revenues - they ranked third behind the two Spanish giants in Deloitte's recent revenue-based report - but this only tells part of the story," said the report.

"Over 12 months, the Red Devils have experienced a depreciation in squad value, tangible assets and cash levels plus an increase in debt.

"The club have lost ground on both of their biggest regional rivals and it is interesting to note that Liverpool have now overtaken United in our report, as well as in the league."

Other English clubs in the top 50 include Leicester City in 21st position, Wolves in 32nd, Everton in 33rd, Aston Villa in 35th, Fulham in 38th, Southampton in 41st, West Ham in 44th and Newcastle in 46th.

Further down the standings are Bournemouth in 58th place, Burnley in 59th, Crystal Palace in 62nd, Stoke City in 63rd, Barnsley in 65th, Brighton in 78th, West Bromwich Albion in 86th, Norwich in 96th and Derby County in 100th.