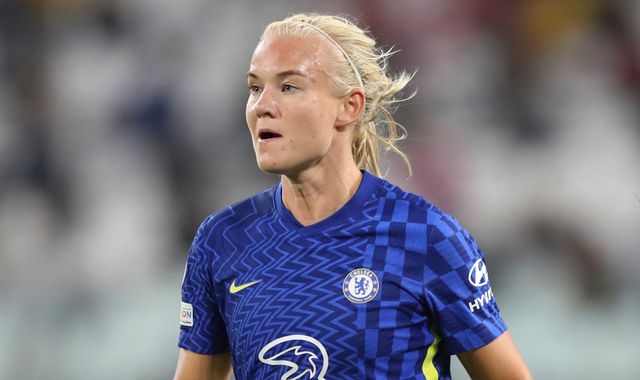 The 28-year-old joined Chelsea from Wolfsburg on a three-year contract for a world-record fee for a female footballer, having helped Wolfsburg win four consecutive German league and cup doubles and being named UEFA Player of the Year in 2018.

Harder scored nine times in 22 league appearances in her debut season as Chelsea won the Women's Super League title, and added eight more goals in the Champions League as Hayes' side finished as runners-up in the competition.

Having started the season with six goals in seven games across those competitions this season, Hayes was full of praise for Harder after Wednesday's victory.

"She [Harder] had an outstanding performance," Hayes said. "I've said this before - she came to the club and to a difficult country, joining a team that's already amazing and she has taken us to an even higher level.

"Her standards day in, day out should be what every young person should look up to.

"She takes responsibility, she's accountable, she's there when it matters and she's a key player for this team.

"I'm so delighted she's part of our squad."

Speaking after the match, Harder said: "This is what every Champions League night should feel like. I don't know how many people there were, but it [the stadium] felt full. It's an unbelievable stadium, a great pitch and fans shouting.

"I wish there had been Chelsea fans, but this time it was Juventus fans. But it was amazing."

Chelsea, who are second in the WSL with four wins from five, are back in action on October 31 when they take on Man City in the FA Cup semi-finals.

Before that, Harder will join up with the Danish national squad for their Women's World Cup qualifiers against Bosnia and Herzegovina and Montenegro on October 21 and 26.

"They really needed the win. I think Juventus made it really difficult for them. At the end, they were creating chances, they were pushing forward and they really put Chelsea under pressure.

"I think they set up really well defensively tonight and made it really difficult for Chelsea. All the possession Chelsea had, they didn't create many chances.

"There is no one better in Europe than Harder. She's the one who crops up with the winning goals, she's that quality of player."

Queen's cautious overnight stay in hospital was for practical reasons 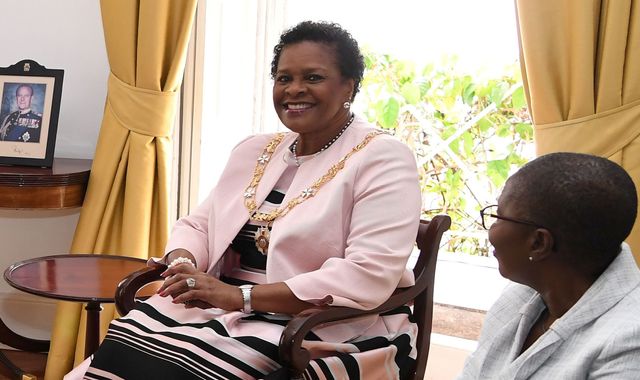 Barbados elects its first-ever president as it sheds colonial past