'We all loved her': Tributes paid to Two and a Half Men star Conchata Ferrell 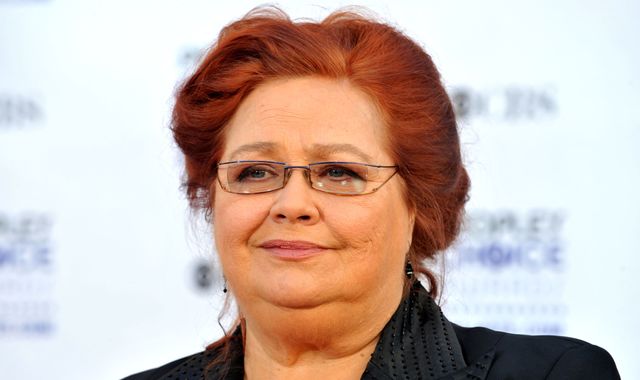 Two and a Half Men actress Conchata Ferrell has died aged 77.

Ferrell, who played housekeeper Berta on the long-running sitcom, died on Monday as a result of complications from cardiac arrest.

Tributes have been paid to the actress. who starred alongside Jon Cryer, Angus T Jones and Charlie Sheen, and later Ashton Kutcher, in the popular show.

Sheen, who was fired from Two and a Half Men in 2011, tweeted a picture of him and Ms Ferrell on set and described her as "an absolute sweetheart, a consummate pro [and] a genuine friend. A shocking and painful loss".

He added: "Berta, your housekeeping was a tad suspect, your 'people' keeping was perfect."

Cryer, who played Sheen's bumbling on-screen brother, recalled meeting Ferrell on-set for the first time and said he was already a fan of her work.

He tweeted: "She was a beautiful human, Berta's gruff exterior was an invention of the writers. [Her] warmth and vulnerability were her real strengths.

"I'm crying for the woman I'll miss, and the joy she brought so many."

Two and a Half Men co-creator Chuck Lorre said: "We called her Chatty. And we all loved her.

"Twelve years of highs and lows, and lots and lots of laughter. Through it all she was a rock. One of the greats. I was privileged to call her a friend."

Lee Aronsohn, who created the show alongside Lorre, described Ms Ferrell as a "warm, wonderful woman who was always a joy to be around on set".

He added: "My heart goes out to her husband Arnie, who was always by her side."

She tweeted: "RIP Conchata Ferrell. I LOVED not just working with you but getting to know you...your humour, your heart, your talent, how much you loved your daughter and husband... Thanks for gracing us with your presence! "

For her role as Berta, Ferrell earned two Emmy nominations.

(c) Sky News 2020: 'We all loved her': Tributes paid to Two and a Half Men star Conchata Ferrell