US election 2020: Celebrities strip off to warn voters 'naked ballots' could invalidate their votes 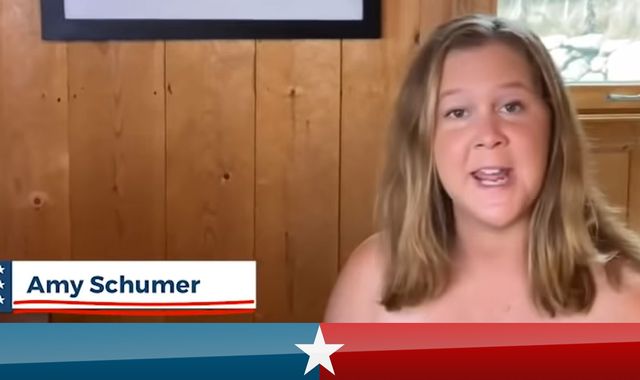 US celebrities have stripped off as part of a campaign to urge people to make sure their vote counts in the country's presidential election next month.

Model Naomi Campbell, actors Tiffany Haddish, Amy Schumer, Josh Gad and Mark Ruffalo, as well as comedians Chris Rock and Sarah Silverman are among the famous faces that have helped produce a video to raise awareness about so-called "naked ballots".

In some states, election officials are able to reject postal votes if they do not include a "secrecy envelope" - second sleeves that help prevent poll workers from seeing how someone voted.

The top election official in Philadelphia, Pennsylvania, has expressed concerns that thousands of such naked ballots could be rejected in November, based on rates from previous elections.

Silverman adds: "If you don't do exactly as I tell you, then your ballot could get thrown out."

"Read and follow the instructions that come with your ballot," says Rock.

Josh Silver, the co-founder of campaign group RepresentUS who produced the video, said: "This is not a partisan issue; it affects all people planning to vote by mail.

"We're grateful to this committed and talented group for making an eye-catching video so that everyone understands what they need to do to ensure their vote is counted."

US President Donald Trump is bidding for re-election on 3 November against Democratic challenger Joe Biden.