The Witches remake to skip cinemas - as another chain announces closures 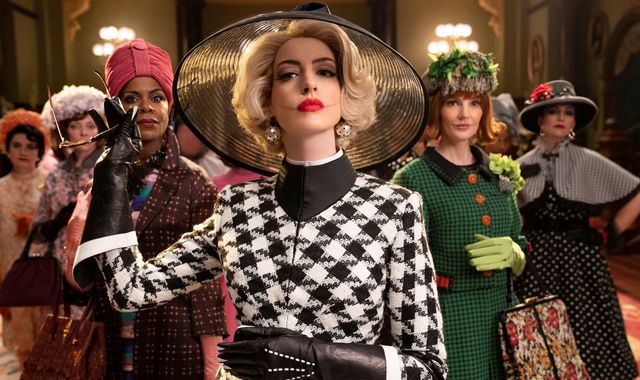 A remake of Roald Dahl's The Witches will skip cinemas and go straight to on demand services, it has been announced.

It would have been a draw for cinemas hit hard by the announcement earlier in October that blockbusters such as the latest James Bond film No Time To Die and the new Batman movie have been delayed as cases of coronavirus rise.

Last week, cinema chain Cineworld announced it was temporarily closing all its UK sites and Odeon switched to weekend-only opening at a quarter of its venues.

At the weekend, Vue announced that nearly a quarter of its cinemas will be shut three days a week in an effort to reduce costs.

But The Witches will not be the film to get people back in cinema seats.

The remake will be released on premium video on demand in the UK from 26 October, in time for Halloween, and will be available to watch for a 48-hour rental from participating digital retailers.

Based on Dahl's 1983 novel, The Witches follows the story of a young orphaned boy who goes to live with his grandmother - an excellent storyteller who teaches her grandson the importance of being able to spot a witch.

During a trip away, they come across the Grand High Witch, who has gathered witches from all over the world to hear her dastardly plans.

While the 1990 film was set in the UK, the remake is set in the US, with Grandma living in the rural Alabama town of Demopolis.

It is the latest film to skip cinemas and head straight for streaming, with Pixar announcing last week that its new film Soul will premiere on Disney+.