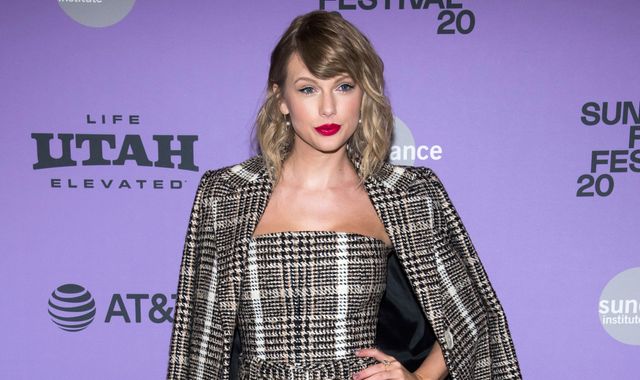 It's not every day that global megastar and critically-acclaimed singer-songwriter Taylor Swift swings by your local to check out the music scene.

But that's exactly what happened to Tiernan Heffron, when the US performer visited a Belfast bar recently.

The Shake It Off singer, who is preparing to release her next re-recorded album Red, was rumoured to be in the city after speculation on social media at the weekend.

And, on Monday night, The Tipsy Bird tweeted a photo of her looking relaxed with members of staff.

Sharing two selfies of him and Swift smiling and having a drink, he wrote: "It's not everyday Taylor Swift walks into your gig and stays for your whole three hour set.

"She was the most lovely person! She asked how she could follow what I was doing and gave me a tip!

"Dreams do come true, ready and excited for what's to come #22".

The bar added on Facebook: "We can confirm she is just as lovely as you would expect and was kind enough to take a picture with our team.

"Taylor, if you fancy being a Tipsy Bird another night in the future, you know where to find us!"

Swift is due to release Red (Taylor's Version) in the coming months - part of her effort to re-record her music after her master copies were sold to a third party.

She dropped her latest version of Fearless in April, which contained new iterations of classic tracks like Love Story and Superstar.