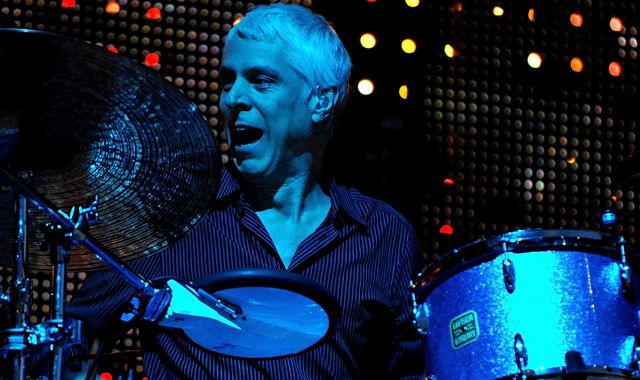 Drummer Bill Rieflin, who played with a host of bands including REM, Nine Inch Nails and King Crimson, has died aged 59.

Musicians and fans have paid tribute to a "wonderful artist" and "tremendous human being" on social media.

Rieflin died after a "long battle" with cancer, King Crimson, the band he joined in 2014, posted in a statement.

REM shared a tribute on their social media accounts describing the "legendary" drummer as the "solid backbone" of the band for many years.

Robert Fripp, from King Crimson, said his life was "immeasurably richer" for having known Rieflin. His wife, Toyah Wilcox, who performed with the drummer in The Humans, posted her own tribute, saying he would be "forever in our hearts".

Krist Novoselic, one of the founding members of Nirvana, also paid tribute to "a straight up person and excellent musician".

Rieflin started his career in his hometown of Seattle and went on to play with an array of bands of different genres, including Swans, Ministry and the collective Pigface, as well as releasing his own solo material.

He started working with REM in the early 2000s, and appeared on albums including Around The Sun, Accelerate, and Collapse Into Now.