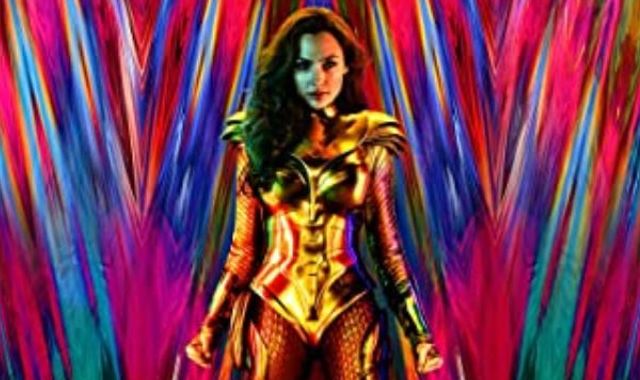 It's not been a good year for cinema. 2020 box office sales are forecast to be the lowest in in nearly 30 years, with almost £1bn wiped from ticket returns due to coronavirus.

With lockdown, followed by strict social distancing restrictions, it's no surprise that UK cinema admissions are set to reach their lowest point since records began.

Recent news that the 25th James Bond movie No Time To Die would be pushed back to 2021 was a gut punch to struggling venues counting on the draw of the universally popular British spy franchise to get people back into the auditorium.

Days after that blow, news that Pixar's Soul, featuring the voice of Jamie Foxx, would bypass the big screen and stream direct on Disney + (in the same vein as Mulan) left cinemas across Europe "shocked and dismayed".

So, with film-lovers forced to rely on streaming platforms, or re-runs of golden oldies, what new films can you actually still see in the cinema this year?

I Am Greta - In UK cinemas now

In it, we see her transformed from unknown 15-year-old schoolgirl staging a one-woman "climate strike" outside the Stockholm parliament to a universally recognised campaigner, scolding world leaders for their lack of action and winning celebrity fans.

Diagnosed with Asperger's Syndrome, Thunberg has credited the disorder with giving her the "laser-focus" to campaign relentlessly, and this recognition in a film about her cause is yet another step forward in her calls for action on climate change.

A biographical drama starring Elisabeth Moss, the movie's based on the life of American horror writer Shirley Jackson, whose novels include The Haunting Of Hill House.

Looking for inspiration for her next novel, Shirley invites a young couple into her home, before psychologically abusing the pair with the help of her literary critic husband, making them doubt their sanity.

Early reviews have praised Moss's performance, but not surprisingly the son of the real Shirley Jackson, hasn't been too complementary about the film's portrayal of his parents.

This horror film focuses on three female generations of the same family - a daughter, mother and a granddaughter - all dealing with the fallout of dementia.

A haunted house movie, which doesn't go easy on the supernatural scares, possibly not one to watch on your own.

Beatrix Potter's most famous creation is back for his sequel, two-years after James Corden first voice the radish-loving rabbit.

In this movie, Peter decides to venture out of the vegetable patch and seek excitement outside the confines of the garden.

Co-stars include Elizabeth Debicki as Mopsy, Margot Robbie as Flopsy and Domhnall Gleeson as Thomas McGregor.

A combination of live action and CGI, it's bright and fun, and guaranteed to entertain the kids throughout its hour-and-a-half running time.

Kenneth Branagh will be sticking on a massive moustache for a second time to play Belgian detective Hercule Poirot in his follow up to Murder On The Orient Express.

Another big budget enterprise, no expense has been spared on this Agatha Christie adaptation, which is packed full of stars including Gal Gadot, Armie Hammer and Russell Brand. Dawn French and Jennifer Saunders make an appearance too!

It goes without saying that there will be murder and intrigue on the Egyptian riverboat, and it will be down to Poirot's "little grey cells" to bring the wrongdoer to justice.

Gal Gadot will reprise her role as the supernatural Diana Prince in Wonder Woman 1984.

Based on the DC Comics creation, and directed by Patty Jenkins, Wonder Woman finds herself with two new foes to contend with in this movie, Max Lord and The Cheetah (played by Kristen Wiig).

With high expectations around this female-led superhero sequel, fans are crossing their fingers that the Christmas release date remains in place, as further delays could ruin festive film plans.

Dame Judi Dench leads the cast as medium and clairvoyant Madame Arcati in this comedy based on a Noel Coward play.

It has a pleasingly ridiculous storyline revolving around a bungled seance which leads to complex love triangles with a ghost. Ideal nonsense for Christmas.

Based on Kristin Hannah's novel The Nightingale, the film tells the story of two sisters living in France at the start of World War II.

Played by real life sisters Elle and Dakota Fanning, Vianne and Isabelle resist the German occupation as they struggle to stay alive.

Sony will no doubt be hoping The Nightingale follows in the footsteps of their 2019 female-led Christmas release Little Women, which saw both box office and critical success.

Looking ahead to 2021, there's already Oscar buzz around Nomadland starring Frances McDormand which is in cinemas in January.

Younger audiences can look forward to The Croods: A New Age which comes to UK screens in February.

(c) Sky News 2020: Movies you can still see in the cinema - despite blow of Bond film delay