Michael Sheen: I gave up OBE to air views on monarchy without being a 'hypocrite' 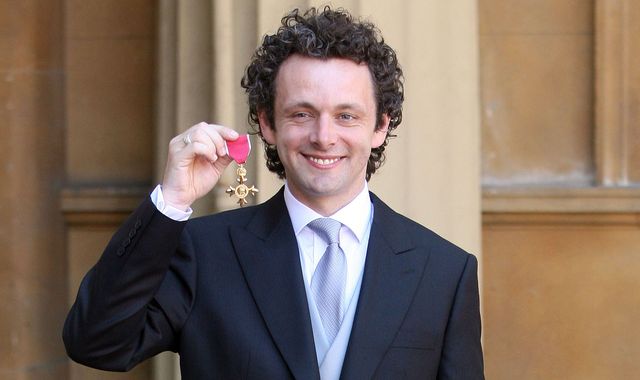 Actor Michael Sheen has revealed he gave up his OBE so he could air his views on the Royal Family without being labelled a "hypocrite".

The 51-year-old star, who has portrayed the likes of Tony Blair and Sir David Frost on-screen and Hamlet on stage, was made an OBE in the 2009 New Year Honours for his services to drama.

But he said the decision to give it back was prompted by researching the history of his native Wales and its relationship with the British state for his 2017 Raymond Williams lecture.

Sheen, from Port Talbot, told newspaper columnist Owen Jones that the "crash course" made him realise he could not both deliver his lecture and hold on to the honour.

"In my research to do that lecture, I learnt a lot about Welsh history," he said.

The Queen actor explained that Wales and England's shared history was still a point of contention for many Welsh people.

He referenced the decision to rename the second Severn Crossing the Prince of Wales bridge in 2018, with a petition against the move receiving more than 30,000 signatures.

"These things have power," Sheen said.

"The idea of the Prince of Wales and that being an Englishman and the history of that."

He added: "Why Edward made his son the Prince of Wales (was) because it was part of keeping down the Welsh rebellion.

"These are things that happened so long ago but these things are resonant."

Charles, the current Prince of Wales, is set to forfeit the title when he ascends the throne.

Sheen suggested it would be a "really meaningful and powerful gesture for that title to no longer be held in the same way as it has before".

He said he chose not to announce his decision to hand back the honour in 2017 as he feared some people would find it insulting.

"I didn't mean any disrespect but I just realised I'd be a hypocrite if I said the things I was going to say in the lecture about the nature of the relationship between Wales and the British state," he said.

(c) Sky News 2020: Michael Sheen: I gave up OBE to air views on monarchy without being a 'hypocrite'