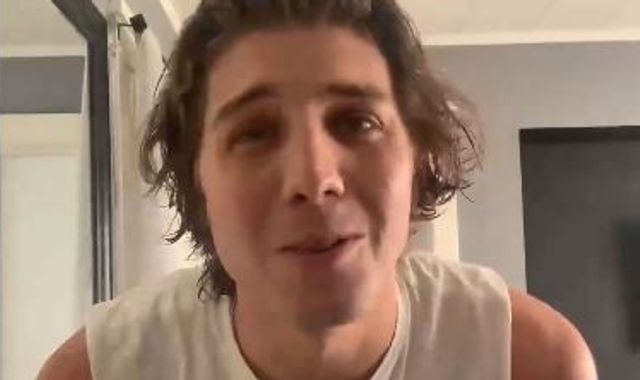 Euphoria star Lukas Gage has shared the awkward moment a director insulted his flat during a Zoom audition - without realising he was not muted.

Just before he is about to perform a scene, a male director heard telling someone else on the video call: "These poor people live in these tiny apartments. Like I'm looking at his background, and he's got his TV and you know..."

The 25-year-old winces before pointing out: "Yeah, unmuted."

When the director - whose identity is unknown - realises his mistake, he tells Gage: "Oh my God, I'm so, so sorry."

Gage posted the video to his Twitter and Instagram accounts with the note: "psa: If youre a s**t talking director make sure to mute ur s**t on zoom mtgings."

He has so far declined to name the director, who spoke with an English accent.

Meanwhile, the actor, who plays Tyler in the HBO series Euphoria, has received support from fellow professionals.

Among them is Downton Abbey star Hugh Bonneville who tweeted: "Well done for handling that patronising British twerp with such good grace."