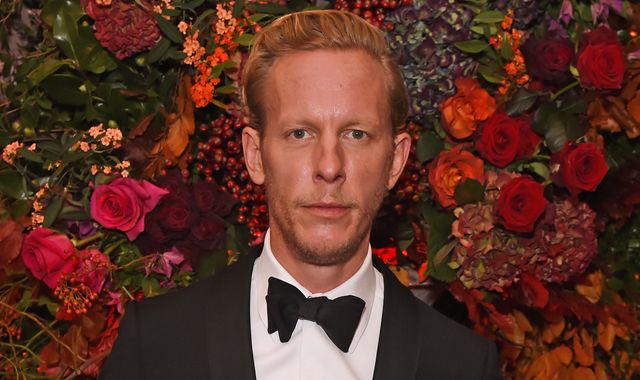 A RuPaul's Drag Race star and a charity boss have said they are suing actor Laurence Fox for defamation following arguments on Twitter in which he called some of his critics "paedophiles".

Fox has since deleted the tweets, but said he made the comments after being "falsely smeared as a racist" when he criticised Sainsbury's for supporting Black History Month.

Drag star Crystal and Simon Blake, the deputy chair of Stonewall and chief executive of Mental Health First Aid England, have both said they are suing Fox.

"An accusation of paedophilia is one of the oldest homophobic tropes, and it was very shocking to have that levelled at me, not just by Mr Fox, but also his many followers who believed him.

"I may have had to endure homophobic bullying as a child, but I will not tolerate it as an adult."

Crystal said the firm Patron Law had been instructed to take the case on.

In a statement also posted on Twitter, Mr Blake said Fox had "suggested that Sainsbury's actively anti-racist stance is promoting racial segregation and discrimination" - and said he expressed that he "disagreed strongly" with this view in a tweet.

He said he had also instructed Patron Law to sue for defamation.

"I want to make it absolutely clear that I will always stand against racism and will do my best to be a strong white ally," he said.

"This is particularly important because we know the negative impact that racism and oppression has on the mental health and wellbeing of black people and people of colour."

Mr Blake also said he regretted some of the language he had used when responding to Fox; in one tweet, he had called him a "racist t***".

In a statement shared on Twitter on Monday, Fox said: "If the game nowadays is to throw baseless insults and accusations about, then we should all be free to participate…

"Having said that, I have deleted the tweets posted yesterday, in response to being repeatedly, continuously and falsely smeared as a racist, as they just serve as a distraction to the important work that needs to be done."

In a statement sent to Sky News regarding the threats to sue, a spokesman for the actor said: "We note the stated intention and the judicious wording of tweets setting it out.

"However, unless and until intent becomes reality, we have no further comment beyond pointing out that Twitter insults, defamatory or otherwise, are a two-way street."

In September, Fox announced he was setting up a new political party "to fight the culture wars" and said he intended to stand candidates at the next general election.

The actor has made headlines in recent months for his criticism of "wokeness".

He is the son of actor James Fox and part of the Fox acting dynasty along with his brother, Jack, and cousins, Emilia and Freddie.