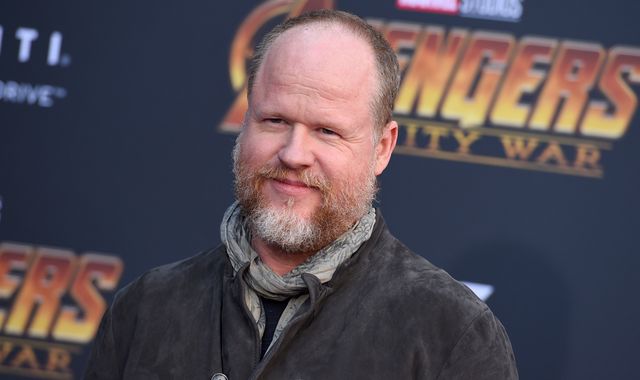 Joss Whedon, who is behind projects such as Justice League and Agents of S.H.I.E.L.D, has been accused of creating "toxic and hostile work environments" by a Buffy the Vampire Slayer actress.

Charisma Carpenter, who played Cordelia Chase in the supernatural drama, also said that Whedon, who created the show, was responsible for "ongoing, passive-aggressive threats" to fire her during her time on the show.

One of her allegations is that he called her "fat" while she was four months pregnant, adding he asked if she was "going to keep it" during a meeting - apparently a reference to her character and religion.

Carpenter says she was "unceremoniously fired" the following season.

She said she was inspired to speak out after actor Ray Fisher, who was in 2017's Justice League as the character Cyborg, alleged last July that Whedon's behaviour toward the cast and crew was "abusive, unprofessional and unacceptable".

Whedon was brought in during post-production on Justice League. He oversaw extensive reshoots, editing and visual effects on the film for director Zack Snyder, who had stepped aside after the death of his daughter.

Writing on Instagram, Carpenter said: "Joss Whedon abused his power on numerous occasions while working together on the sets of Buffy The Vampire Slayer and [spin-off] Angel.

"While he found his misconduct amusing, it only served to intensify my performance anxiety, disempower me, and alienate me from my peers.

"The disturbing incidents triggered a chronic physical condition from which I still suffer.

"It is with a beating, heavy heart that I say I coped in isolation and, at times, destructively."

She also said that she has been through therapy to deal with the "complexities of this demoralised thinking", adding she was inspired by the Me Too movement.

Sarah Michelle Geller, who played the title role in the show, responded to the claims on her Instagram page, saying: "While I am proud to have my name associated with Buffy Summers, I don't want to be forever associated with the name Joss Whedon.

"I am more focused on raising my family and surviving a pandemic currently, so I will not be making any further statements at this time.

"But I stand with all survivors of abuse and am proud of them for speaking out."

Michelle Trachtenberg, who played Geller's sister in Buffy the Vampire Slayer, went on social media to thank her on-screen-sibling, saying: "I am brave enough now as a 35 year old woman… to repost this."

She also alluded to "his not appropriate behaviour" she experienced as a teenage actor.

Whedon, who has directed two of the Avengers films and created the show Firefly, was approached for comment, with a representative saying they had no response to the allegations.