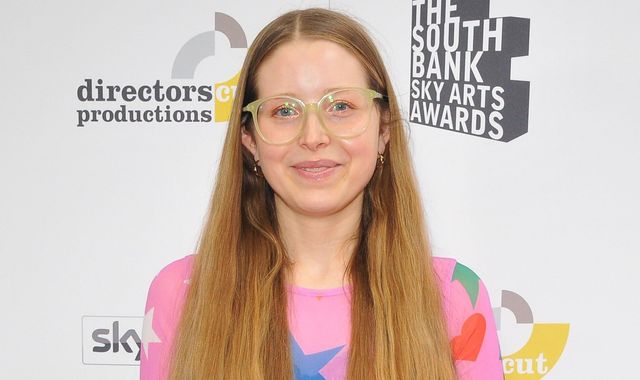 The actress, who played Lavender Brown in the film adaptations of JK Rowling's hit books, gave birth to her son Tenn in October. His "traumatic" delivery left him in the neonatal unit, she said.

In a post on Instagram, she shared a photograph of the little boy in hospital, with a laptop showing Boris Johnson's Monday night address to the nation in the foreground of the shot.

"I watched the news about lockdown from an isolated room in hospital," Cave wrote. "Poor baby is covid positive.

"He's okay and doing well but they are being vigilant and cautious, thankfully.

"This strain is super powerful and contagious so I do hope that people take extra care in the coming weeks."

Cave told her 154,000 followers that she wished her family's New Year was starting differently and that she "really didn't want to be back in a hospital so soon after his traumatic birth".

She went on to praise NHS staff, including her brother, an A&E doctor, and father, a GP.

"Once again I'm in awe of nurses and doctors," the star said.

Tenn is now 9lbs 7oz, she added, "so he's a stronger and bigger boy than he was when we were last in a hospital room (and the needle went into his hand with louder more powerful screams)".

Cave, who is also a comedian and artist as well as an actress, and her partner, comedian Alfie Brown, are already parents to Donnie, five, and Margot, three.

After giving birth to Tenn, Cave told how he was born just 40 minutes after her waters broke, saying: "This has been a very different experience to my first two births... much more humbling, terrifying and out of my control."