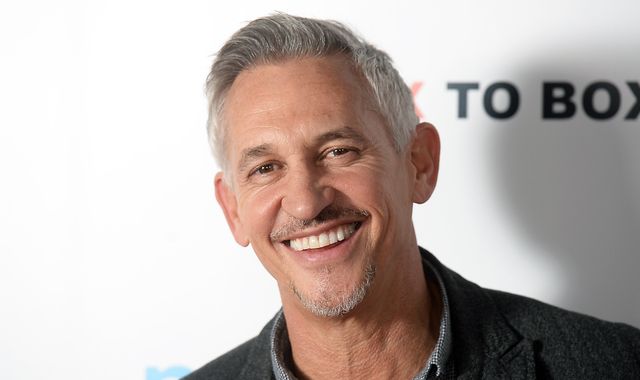 Gary Lineker will have to adhere to new BBC impartiality rules after signing a new five-year deal with the corporation.

The new director general, Tim Davie, admitted Lineker "knows he has a responsibility to the BBC in terms of social media".

Mr Davie made the announcement as part of its annual report, adding that impartiality is "a bedrock of the BBC".

He said the BBC would be publishing new guidance for staff and contributors on social media in the next couple of weeks.

Although this will not amount to a ban in any way, there will be a specific set of rules - with news and current affairs being subject to a tighter set of guidelines.

Lineker, who still tops the BBC's "rich list" earning £1.75m, has signed a new five-year deal - but the corporation says he is set to take a pay cut of close to 25%.

He is known to be outspoken on social media and there was some speculation he might not be forced to adhere to the new rules Mr Davie outlined in his opening speech to staff a couple of weeks ago.

The BBC has come under fire for its lack of impartiality in recent months, something Mr Davie has made clear he wants to address.

The annual report also revealed 45% of top-earning presenters at the BBC are now women, with four females in the top 10 earners including Zoe Ball and Lauren Laverne.

The "rich list" has been published in the corporation's annual report, which in 2016/17 revealed the split between men and women was 75:25 - with no women in the top 10 earners.

Since the BBC was forced to publish those earning over £150,000 in 2017, some male presenters including Chris Evans have left, others have taken a pay cut and the wages of those working for commercial parts of the BBC like BBC studios are not included in the figures.

The general gender pay gap is now down from 6.7% last year to 6.2% this year after considerable turmoil over the last few years.

More than 700 women have been given pay rises since the start of the equal pay scandal, according to a Freedom of Information request obtained by The Guardian, the most high profile of whom was Samira Ahmed, Newswatch presenter.

Ms Ahmed won her employment tribunal against the BBC, seeking more than £700,000 in back pay after being paid significantly less than Jeremy Vine for the equivalent programme.

The BBC has also missed its own diversity target to have 15% of leadership positions held by black, Asian and minority ethnic staff by 2020 - and despite pledges to cut costs its headcount has increased from 19,231 to 19,572.

Mr Davie, who took over from Lord Hall just a couple of weeks ago, has said the BBC needs to keep up the momentum of reform, to be "as efficient an organisation as we can" and has admitted "it will mean some tough decisions to come".

He also told staff the BBC should be cut down to size, raising the prospect of a 20% reduction in output.

Mr Davie's appointment comes at a turbulent time for the corporation with significant scrutiny over equal pay, diversity, and impartiality.

There was huge criticism when it ended free TV licence fees for the over 75s, and it is also currently waiting for the outcome of the governments consultation on decriminalisation of the license fee.

The annual report, which covers April 2019 to March 2020, also revealed that over 90% of the UK population used the BBC each week.