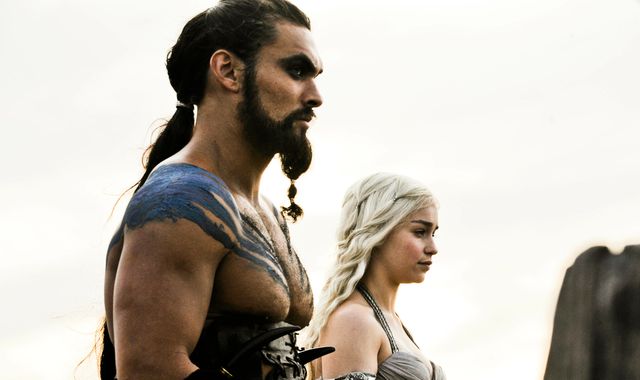 Game Of Thrones actor Nikolaj Coster-Waldau has said his former co-star Emilia Clarke's infamous rape scene in season one was "really tough and degrading" for the actress.

Coster-Waldau, who played Jaime Lannister in the hit series, which came to an end with a finale that divided fans last year, spoke about the controversial scene and the way women were depicted in the show in a new interview.

In the first series of Game Of Thrones, which aired in 2011, Clarke's character Daenerys Targaryen was raped by her then new husband Khal Drogo (Jason Momoa). She then went on to fall in love with him.

At the time, the show, based on the books by George RR Martin, faced criticism over its nude scenes, depictions of sexual violence and its treatment of female characters.

However, by the final series, Daenerys and Jaime's sister (and lover) Cersei, played by Lena Headey, were among the most powerful characters.

"Yes, but it's also in the books," Coster-Waldau said of the storylines in an interview with The Sunday Times. "Still, for Emilia to play that in series one was really tough and degrading, because what that character goes through is horrific.

"She's sold to a guy who rapes her, but her way of getting through that is a massive journey, right?"

The final series ended with Daenerys burning down King's Landing, and Cersei and Jaime dying together.

"Cersei, too, was never looked upon as an equal to her brother just because of gender," Coster-Waldau said.

"But then she rises to the top. And you could argue that the way those two women turned out was because of being raised in this horrific way.

"Maybe that explains why Daenerys decides the only solution is to burn everything down. That's the storytelling, and it's interesting."

Clarke addressed the rape scene herself in an interview with Glamour magazine in 2016.

"Well, Daenerys and Khal Drogo's arranged marriage, and the customary rape that followed - ask George RR Martin why he did that, 'cause that's on him," she said.

"But I thought the consensual sex she has thereafter was genius. She is physically saying, 'You can't rape me again. I'm going to be in control and show you something you've never seen before'.

"At the heart of it, we're telling a story; you need that part of the story to feel empathy for Daenerys. You see her attacked by her brother, raped by her husband, and then going, 'f*** all of you, I'm gonna rule the world'."

In a podcast interview in 2019, Clarke spoke about nudity on camera in the show, saying she became a lot savvier about it as she got older.