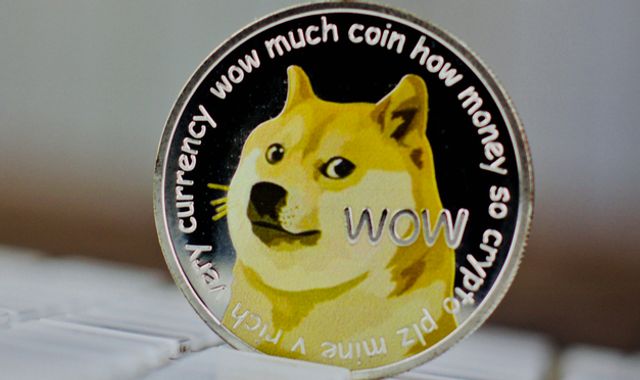 The cryptocurrency, which was launched in 2013 at the height of the doge meme's popularity, has surged to a record valuation as celebrities tweeted about it - albeit a mere $0.08 per coin, or slightly less than six pence.

A number of Elon Musk's recent messages have mentioned the joke token, which had been worth roughly $0.007 on 27 January, meaning its value has risen by more than 1,000% in just a few days.

Gene Simmons of the rock band KISS has also been tweeting about Dogecoin recently, claiming to have purchased "a big position" in the cryptocurrency, while rapper Snoop Dogg tagged Musk with an album image of the rapper's face occluded by a Shiba Inu.

Although the celebrities appear to have been joking, the perceived investment opportunity could encourage inexperienced investors to lose money.

It is the latest asset to be sent surging as a result of the attention of celebrities and retail investors.

Financial markets were rocked in January by a battle initiated by ordinary people against those who are usually dubbed market manipulators - hedge funds - first linked to a surge in the share price of GameStop.

Mr Musk was again busy during that company's rally, designed to ruin some short-selling hedge funds.

The billionaire who in the past has frequently railed against hedge funds for driving down the price in shares of Tesla, tweeted "Gamestonk!!" and linked to the Reddit forum where the activist investors were gathering.

It comes as the original cryptocurrency Bitcoin jumped more than 10% to a record high after Tesla said it had invested $1.5bn (£1.09bn) in the cryptocurrency and would soon start accepting it as a form of payment for its cars.

The disclosure of the investment, in a regulatory filing, sent Bitcoin up by more than 12% to over $44,000 in Monday trading, 10 days after Musk gave a boost to the electronic currency's price by adding a "#bitcoin" tag to his Twitter profile page.