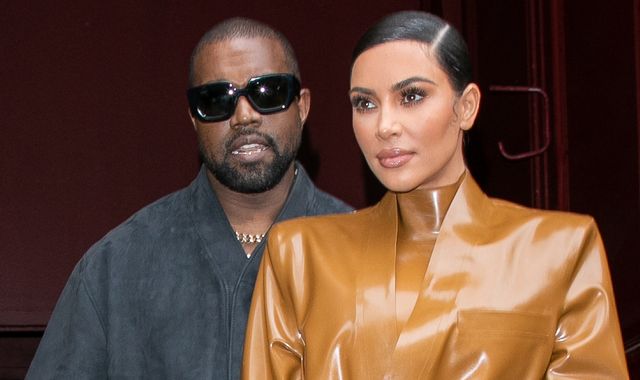 Kim Kardashian West has revealed she had to change husband Kanye West's bedsheets with a face shield and gloves while he had coronavirus.

The reality TV star said West had contracted the virus in mid-March "when nobody really knew what was going on".

"I had to go and change his sheets and help him get him out of bed when he wasn't feeling good," she told Grazia Middle East.

"It was a challenge because it was so unknown. Changing his sheets with gloves and a face shield was really a scary time."

Kardashian West described how she had "no-one else in the house to help" while her husband was ill, describing the time as "so scary and unknown".

The Love Lockdown rapper has previously spoken about his illness, telling Forbes: "[I had] chills, shaking in the bed, taking hot showers, looking at videos telling me what I'm supposed to do to get over it."

His wife explained he had fallen ill during the time Tom Hanks and Rita Wilson revealed they had COVID-19 in mid-March.

Speaking about the global impact of the pandemic, the model and businesswoman said she tries to have a positive outlook.

"Maybe our planet needed a break," she said. "Maybe we all needed a break. Maybe this was the reset? I try to look at it that way."

She also described being "open and honest" with her young children in the wake of both the pandemic and the Black Lives Matter protests.

"I don't want to give them too much information that they won't fully understand and that will give them anxiety," she said.

"But they obviously sense that there is something going on. You have to keep it together and not be scared yourself.

"As a parent, your number one goal is to make sure your children feel safe and secure."