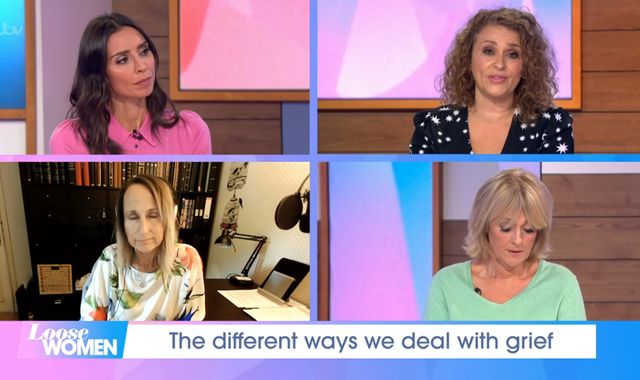 Ofcom has received hundreds of complaints about an episode of Loose Women in which the presenters discussed Chrissy Teigen's decision to share pictures on social media following the death of her baby.

Panellists Carol McGiffin, Christine Lampard, Nadia Sawalha and Jane Moore spoke about the star's loss, and McGiffin said the pictures made her "uncomfortable" because it was "such a private thing".

However, Lampard said that a lot of people "do suffer in silence" and urged anyone affected by their discussion to contact a helpline.

The debate was held on the daytime show on 1 October, just hours after Teigen, 34, shared the heartbreaking news that she and her singer-songwriter husband John Legend had lost their baby boy, named Jack, during pregnancy.

Some 261 people had complained about the episode to Ofcom by the end of the week.

A spokesperson for the watchdog said it would not be releasing further updates on the number of complaints until its next weekly report.

The complaints will be assessed against broadcasting rules to see whether or not an investigation is necessary, the spokesperson said.

Model and TV presenter Teigen shared news of her loss following a post a few days earlier saying that she had suffered excessive bleeding but thought the baby was well.

In her statement, she said: "We are shocked and in the kind of deep pain you only hear about, the kind of pain we've never felt before.

"We were never able to stop the bleeding and give our baby the fluids he needed, despite bags and bags of blood transfusions. It just wasn't enough."

Teigen also spoke about why she and Legend, who are also parents to four-year old Luna and two-year-old Miles, had decided to call their baby Jack.

"We never decide on our babies' names until the last possible moment after they're born, just before we leave the hospital," she said.

"But we, for some reason, had started to call this little guy in my belly Jack. So he will always be Jack to us. Jack worked so hard to be a part of our little family, and he will be, forever."

If you have experienced pregnancy loss and would like support or more information visit Miscarriage Association or Tommy's, or My Miscarriage Matters in the US