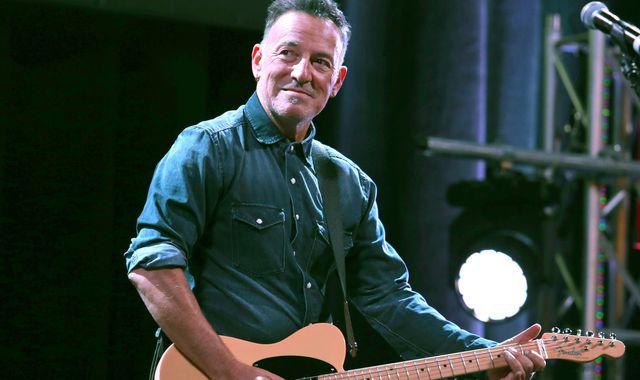 Bruce Springsteen drank a shot of tequila and got on his motorbike before being arrested on suspicion of drink-driving, according to police.

Papers filed in federal court said the rock star told a police officer he had done two shots in 20 minutes, but he refused to take a breath test.

The officer at Gateway National Recreation Area wrote in the statement of probable cause that Springsteen "smelt strongly of alcohol" and "had glassy eyes".

There was also a bottle of Patron tequila that was "completely empty", the officer added.

According to the report Springsteen was "visibly swaying back and forth" during a field sobriety test and "took 45 total steps during the walk and turn instead of the instructed 18".

Springsteen was arrested on 14 November in the Gateway National Recreation Area on the New Jersey coast, according to the US National Park Service.

The singer received citations for driving while under the influence, reckless driving, and consuming alcohol in a closed area. He will reappear at court via video but the date has not yet been set.

He has not commented on the charges, and his lawyer and publicist have not responded to requests for comment.

After the news surfaced, a Jeep advert featuring the musician was pulled from YouTube as the car giant said "drinking and driving can never be condoned".

It was the 71-year-old's first advert and had promoted a message of national unity during Sunday's Super Bowl.

(c) Sky News 2021: Bruce Springsteen 'took shot of tequila and got on motorbike' before being arrested