Britney Spears hits out at 'hypocritical' documentaries about her life 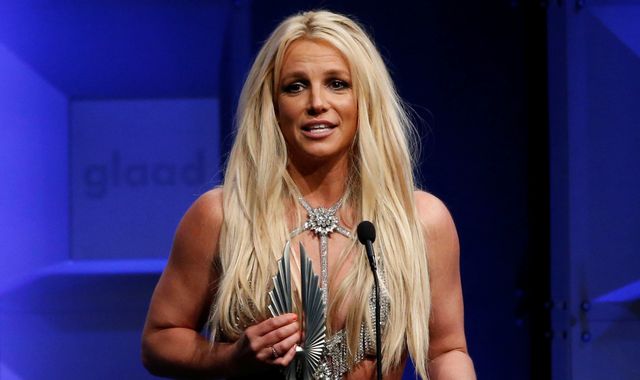 Britney Spears has criticised documentaries being made about her life and career in the spotlight, describing them as "so hypocritical".

Spears has been subject to a conservatorship since 2008 following a series of public breakdowns captured by paparazzi cameras, with the arrangement now being explored in two recent films - one by the New York Times earlier this year and another recently released by the BBC.

The documentaries follow a year in which the conservatorship has made international headlines as the pop star is calling for her father, Jamie Spears, to be removed from his role, and has taken the fight to court.

Posting on Instagram, Spears, who has not participated in either of the programmes, wrote: "Geez !!!! 2021 is definitely way better than 2020 but I never knew it was gonna be like THIS!!!!

"So many documentaries about me this year with other people's takes on my life ... what can I say ... I'm deeply flattered !!!!

"These documentaries are so hypocritical ... they criticize the media and then do the same thing?????"

The New York Times' Framing Britney Spears looked into the singer's meteoric rise and subsequent struggles, as well as the #FreeBritney campaign by fans supporting the star's requests for the conservatorship arrangement to be reviewed.

In her post, Spears, 39, went on to say she had been through tough times but "amazing times" as well, and wants to focus on the future.

She wrote: "Damn ... I don't know y'all but I'm thrilled to remind you all that although I've had some pretty tough times in my life ... I've had waaaayyyy more amazing times in my life and unfortunately my friends ... I think the world is more interested in the negative!!!!

"I mean ... isn't this supposed to be a business and society about THE FUTURE???? Why highlight the most negative and traumatizing times in my life from forever ago????"

Spears also appeared to confirm she has now watched Framing Britney Spears, which includes an interview with a paparazzi who claimed the star did not mind him filming her.

"PSSSSS no paparazzi guy... I didn't want you and your crew following me around !!!!," she wrote.

Spears is due to address a court about her long-running battle with her father for the first time on 23 June. The singer has previously spoken about the court-ordered conservatorship only through her lawyer, Samuel Ingham.

It is not clear if she will appear via video or in person for the hearing at Los Angeles Superior Court.

(c) Sky News 2021: Britney Spears hits out at 'hypocritical' documentaries about her life