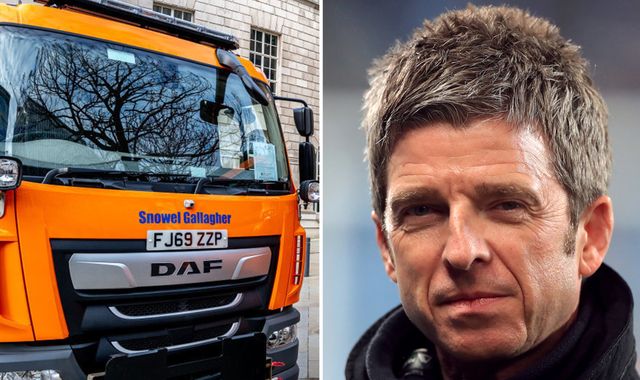 Snowel Gallagher and Gritter Thunberg are among the pun-filled names chosen for a new fleet of eight salt spreaders in Manchester.

The city council asked for suggestions on Twitter and received more than 2,000.

The catchiest 24 were then put to the public to have the final say in a series of polls - with nods for both Swedish teenage activist Greta Thunberg and Oasis star Noel Gallagher, who is from the city.

The names will all be emblazoned on the new vehicles, which the council says have been provided through a £960,000 investment to ensure more than 700km (435 miles) of Manchester's roads are treated in icy conditions.

Winter services are active from at least October until April each year.

Residents will also be able to find out if the witty-named gritters have been used in their area after new "track my gritter" software was developed, which the council says will soon be on its website.

They will also be able to "Ask Alexa" if the vehicles have been driven around where they live.

Councillor Angeliki Stogia, executive member for the environment, planning and transport, said: "So many suggestions were received that it was hard to whittle them down, but the public decided on some cracking names for our new gritters - including a Mancunian connection in Snowel Gallagher.

She continued: "I'm also proud that we are one of the first councils to introduce innovative ways in which residents can find out in real time about our winter service, through the use of new technology.

"And people might see the name they voted for on the roads, meaning that the vehicles will be spreading a little cheer, as well as grit, throughout the winter months".

Frozen iguanas fall from trees as temperatures drop in Florida