Mum Reacts To Finding "Drugs" In Daughter's Room, Then Gets An Even Bigger Surprise...

When Ashley Banks' mum found pills in her daughter's room, she reacted in the only way she knew how.

Finding out your 16-year-old is doing drugs is pretty much every parents worst nightmare, so when this mum found pills in her daughter's nightstand, her reaction was pretty understandable.

However, not everything is always as it seems, as Twitter user Ashley Banks and her mother's story proves.

After texting her daughter a pic of the contraband, the dutiful parent launched into action, texting her daughter, saying: "Ashley Carol I will not have drugs in my house. Come home right now. As soon as your dad comes home from California we will discuss your consequences. As for now your grounded and will not be leaving the house (sic)".

However, despite her poor mother going into meltdown, Ashley simply laughed it off and told her mum to put the pills in water.

View her post and scroll through her pics to find out why below:

Yes, it turns out that the pills were only magic grow capsules, which turned into dinosaurs when placed in water. 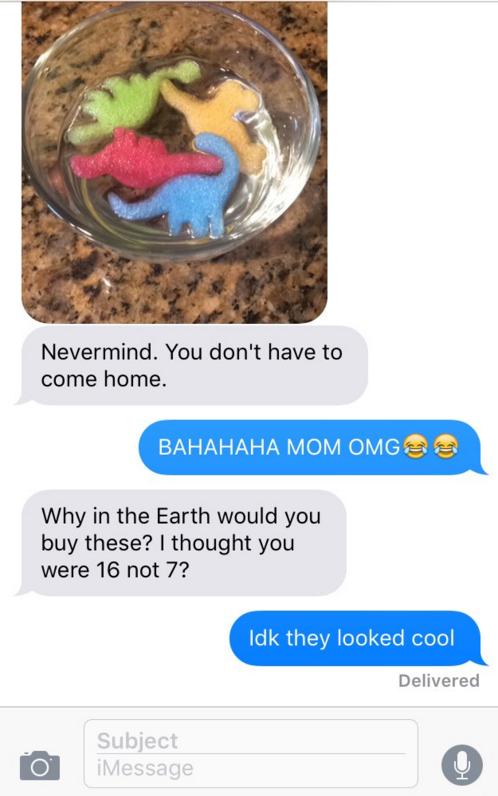 Despite Mrs Banks being relieved her daughter wasn't on drugs, she didn't miss an opportunity to get back at her daughter, by saying: "Why in the Earth would you buy these? I thought you were 16 not 7?"

She probably has a good point.