The Most Popular "Indie" Funeral Song Has Been Revealed, And It's Not Oasis...

Can you guess who's beaten the Manchester band to the top spot?

The most popular funerals songs have been revealed, and some of them might surprise you.

Co-operative Funeralcare have undertaken their annual funeral music study, which gathered data from over 30,000 funerals in the UK to list the top music chosen for final send-offs.

Unsurprisingly, the most popular choice overall was Frank Sinatra's My Way, but, when breaking their findings into "specific genres," they found a much more interesting picture.

Despite Oasis songs dominating the 'indie" music category with four tracks, it was Snow Patrol's Chasing Cars - made famous by Grey's Anatomy - which pipped them to the post.

Other surprising results saw Arctic Monkey's Arabella at fourth place, while Coldplay's Yellow which came in eighth place, was beaten in the chart by their relatively new track, Hymn For The Weekend.

Elsewhere, Led Zeppelin's Stairway To Heaven topped their "rock" charts, closely followed by Meatloaf's Bat Out Of Hell and AC/DC's Highway To Hell, proving that the British sense of humour is still alive and well.

David Collingwood, Head of Funeral Operations said: “Funerals are very much about personal choice and reflecting the personality, hobbies and interests of a person.

"More so than ever we’re seeing people pre-plan their funeral music and in the last 12 months, 42% of our funeral directors and arrangers have received ready-made pre-planned funeral playlists."

It's not all about traditional music, however, with the Coronation Street theme tune topping the film and TV music list, while Liverpool FC's You'll Never Walk Alone came first in the sport category.

Looking forward, Co-op Funeralcare reckons the Game Of Thrones theme tune could feature in future charts, with 1 in 20 UK adults choosing it as a song they would consider for their own funeral.

'They kill us and we are helping them': Ethiopia's increasingly nasty civil conflict 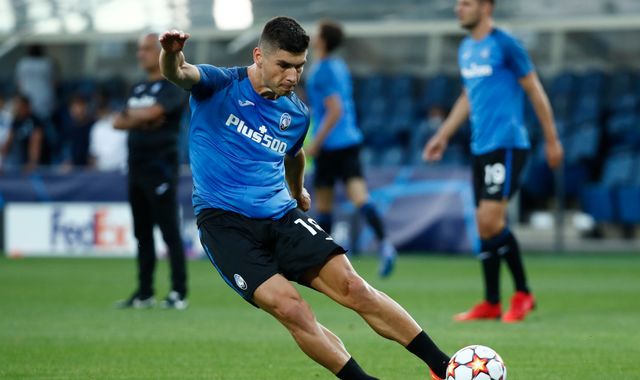