Shh! Watch Irish Football Fans Sing Lullabies To A French Baby On A Train To Bordeaux

Fans from the Republic of Ireland serenaded the tot with Twinkle Twinkle Little Star and Hush Little Baby.

The Irish are known for their tradition of singing, and by the looks of things at Euro 2016, they're living up to their name.

A video has emerged of Republic of Ireland fans singing lullabies to a baby while on the train to Bordeaux in France, who they draped in the Irish flag.

Watch the video, uploaded by Joe.ie, which sees them sing Twinkle Twinkle Little Star and Hush Little Baby, below:

It's not the only time Irish fans have been spotted doing a bit of singing, previously captured singing the Our Father to a nun on a train.

This recent video uploaded by Phil Hilditch sees them cheering up the French authorities, with the chant: "Stand up for the French Police". 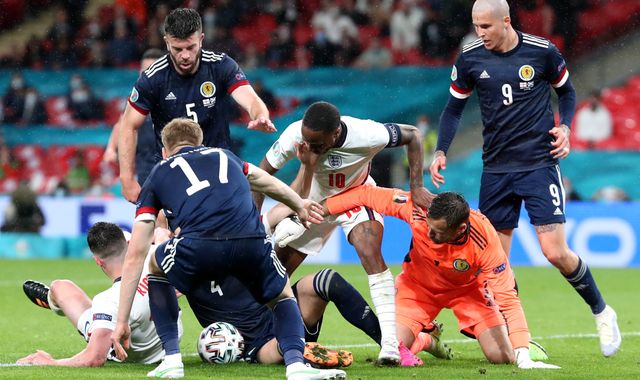